No major problems reported as newspapers do what they are supposed to do: Cover the news including elections 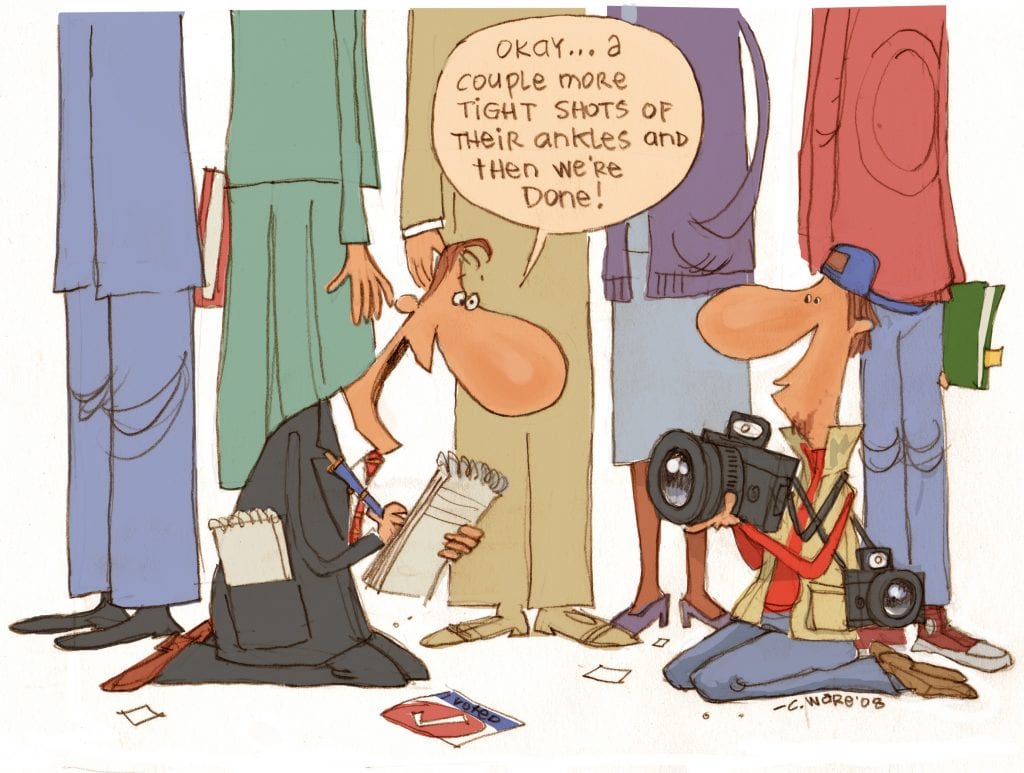 In the past several elections, reporters and photographers have fallen just short of being threatened by poll workers if they took photographs or tried to interview voters while in the polling room. Some were welcomed, some were asked to go outside the polling place.

Tuesday’s election apparently had a different tone at least for the most part. KPA didn’t receive any requests from its members to contact the Secretary of State’s office with complaints of how reporters and photographers were treated.

We invited editors to give us any details of experiences in and around the polling place. And here are the only four responses we received:

Funny thing, this happened to me today.

The poll worker shut me down after 2 or 3 shots, even after I explained I knew I could take line shots. We’ve done it every Election Day.
I had the elections coordinator at the county clerks office on speed dial, and she explained that I could take photos, but they were super particular about the angles. No one could be identified in the photos due to privacy reasons, even if they were just standing in the line.
At that point, the people in line were apprehensive too, so I thanked the poll worker for working the polls and headed out.

From Ben Kleppinger, editor, Danville Advocate Messenger
For the first time in Boyle County, we actually were allowed to take photos of voters in and around polling places. Boyle has been probably the worst about this in the state for years, but has been slowly relaxing each year, allowing us to take photos where voters can’t be identified, etc. This year, our reporter was given no restrictions other than she couldn’t “get up in the face” of someone while they were actually voting. So good progress. 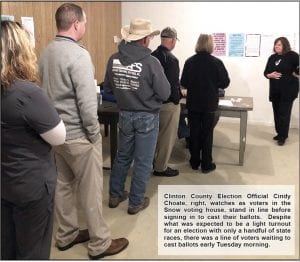 If you’re standing in line to vote, do something! That’s what Alan Gibson of the Clinton County News did while waiting to sign in. Alan reports he just stepped out of line and took a picture. Then used it on his front page Wednesday.