From the Bluegrass Chapter of SPJ, IRJCI 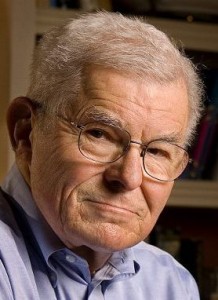 Nominations may also be sent electronically, to al.cross@uky.edu. For more information about Al Smith, the award and the process, contact Institute Director Al Cross at (502) 682-2848.

The award is named for its first recipient: Albert P. Smith Jr., who owned weekly newspapers in Kentucky and Tennessee and was the founding host of KET’s “Comment on Kentucky” and the main co-founder of the Institute for Rural Journalism and Community Issues, the national advisory board of which he was chairman emeritus when he died on March 19. He was the author of two books, Wordsmith: My Life in Journalism and Kentucky Cured.

The Smith Award is based on news coverage and editorial leadership that serve needs of communities. Preference is given to journalists in smaller markets, to recognize the restrictions that market size can place on the ability to perform outstanding public service through journalism. If a publisher or station owner is nominated, the judges may consider his or her civic service and the successful management of conflicts that can arise between journalistic, managerial, ownership, and civic roles. The award will be presented at the Al Smith Awards Dinner this fall.

Past winners have been Becky Barnes of the Cynthiana Democrat, David Thompson of the Kentucky Press Association; Stevie Lowery of The Lebanon Enterprise; Ryan Craig of the Todd County Standard and his uncle Larry Craig of the Green River Republican; Sharon Burton of the Adair County Community Voice and The Farmer’s Pride; Carl West of The (Frankfort) State Journal; Bill Bishop and wife Julie Ardery of the Daily Yonder; John Nelson and Max Heath of Landmark Community Newspapers, Jennifer P. Brown of Hoptown Chronicle; and Smith.