• Short and sweet — Fill out your Rate and Sheet and we’ll all be happy!!

• And have a Great and Happy Thanksgiving!! 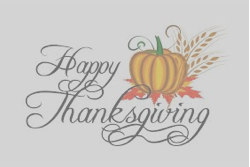 This won’t be one of those long drawn out epistles of what’s going on in the industry. I’m focusing instead on some things WE NEED YOU TO TAKE CARE OF and a couple of items of interest. After all, it’s only been three workdays since the last one and most of you are thinking about family and turkey and football games than what anyone has to write.

So with that introduction, please pay attention to this wish list of things we need you to help with:

• Rate and Data Sheet — only 25 newspapers have taken the time to fill out the 2014 Rate and Data sheet and submit that to KPA. We realize some of you hesitate because your 2014 ad rates are yet set.

But that’s just part of what we need. Of importance right now is the section of the rate and data sheet we use for the KPA Directory. That’s information like personnel and contact information, paid circulation and online subscription numbers (if you have those), page size, publication day(s) and the URL for your newspaper website.

So for management level folks, please go to www.kypress.com/rateanddatasheet — or www.kypress.com/directoryinfo — and fill out everything you can then submit that to KPA. You can go back later and complete the ad rate part if necessary.

We are already quoting ad placements for January and February and we are using your current rates (rates we have on file today) to those agencies and advertisers. So if you can’t get us the new rates now, plan on living with the quoted 2013 ad rate for early-2014 placements.

• Newspaper interns for 2014 — If you’re in the Statewide Classified program, you’re eligible for a KPA intern. You need to go to www.kypress.com/intern and fill out the application for Host Newspaper. We plan on giving 23 interns in the summer of 2014. But don’t delay. The deadline is early January and if you miss the deadline, you’ll miss out on an intern for next summer. Not certain if you’re in the Statewide Classified program? Then contact Teresa Revlett at trevlett@kypress.com and ask her if you’re in the program.

Deadlines for both are early January, 2014, so take a couple of minutes now to fill out the corresponding application.

• KPA Directory ads — Promote your newspaper(s) to advertisers and ad agencies with an ad in the 2014 KPA Directory. We make these directories available to agencies across the state and in this part of the country. They will use the directory in selecting target newspapers for ad campaigns. So tell your newspaper’s story with an ad — from business card size to a full page (8 1/2 x 11 inches).

Call Bonnie Howard at 502-223-8821 and ask her about advertising in the directory. She can give you the prices, ad sizes and deadline.

• 2014 Winter Convention — We’ll be getting that information to you soon with the program details but for now go ahead and make your room reservations with the Hyatt Regency in downtown Lexington.

To make your room reservation(s) for the January 23-24 Convention, just go to: http://lexington.hyatt.com/content/propertywebsites/hotels/regency/lexrl/en/group-booking/lexrlkpra2014.html

• Legal Defense Fund — If you are a participating newspaper in the KPA Legal Defense Fund, you have a letter and form from me about the new funding structure. We need you to sign off on the form and return to us as soon as possible.

A good number of LDF papers have returned the form and agreed to the new funding structure, but many still have not. If you haven’t, we need that form ASAP. We will begin taking 2013 deductions from KPS ad checks starting December 1. So your signed form is needed. FAX to us at 502-226-3867 please!!!

Sgt. Michael B. Webb has been named commander of the Kentucky State Police Public Affairs Branch and will function as the agency’s primary spokesperson at KSP headquarters in Frankfort.

Sgt. Webb is a 10-year veteran of the agency. His previous assignments include duty as a road trooper and a public affairs officer at KSP Post 5 in Campbellsburg, an assistant spokesperson at the KSP Public Affairs Branch in Frankfort and an instructor at the KSP Academy. He is a veteran of the U.S. Marine Corps and a graduate of Eastern Kentucky University in Police Administration.

“I look forward to working with the statewide news media on public information matters,” says Webb. “Through my previous public affairs duties at the post and branch level, I have gained practical experience which I hope will benefit our agency-media relations. Please feel free to contact me on any agency-related matters.”

Tpr. Paul Blanton has also joined the Public Affairs Branch as an assistant media spokesperson. Blanton is a 10-year veteran of the agency. His previous assignments include duty as a road trooper and public affairs officer at KSP Post 7 in Richmond. He can be reached at 502-782-1777 (office) or 502-382-8074 (cell). His email address is Howard.Blanton@ky.gov

WLEX-TV in Lexington did a feature on the Beattyville Enterprise’s connection to the assassination of President John F. Kennedy. The piece included an interview with GM/editor Edmund Shelby talking about the late Malcolm Kilduff.

Mac was assistant press secretary to President Kennedy and is the one who announced to the world on November 22, 1963, that the president had died from the gunshot wounds. Mac later became editor of The Enterprise. On some of the national newscasts from that day, the news anchors identify Mac following the death announcement. Mac’s wife, Rosemary, was from Beattyville and the couple chose to move back there.

Here’s a link to the piece:

Got a staff member to nominate for the Jim Host Youth Sports Award?

Perhaps there’s a sports writer or a staff member who you would like to nominate for the Jim Host Youth Sports Award. That honor is given by the 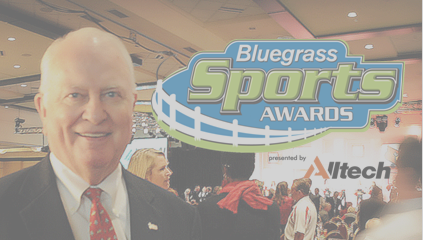 Bluegrass Sports Commission and the criteria might well include someone on your staff.

The award is presented to someone who has enhanced the lives of Kentucky youths through sports and who has made a significant contribution in the community in which he/she lives.  You can go to the website below, read the background on the award and then nominate someone from the staff if you desire.

Nominees for this award should meet or exceed the following criteria:

• Have dedicated themselves to enhancing the lives of Kentucky youths through sports whether as a volunteer or a job, by coaching, administering or otherwise assisting sports programs for Kentucky youths

• Conduct himself/herself professionally in all aspects of their work

• Make significant contributions in the communities in which they live

• Make a direct impact on the lives of Kentuckians

Despite the perception that the under-30 crowd is leaving newspapers and their websites behind for other digital news outlets, studies are finding that the newspaper is still a vital source of information for the millennials. Some 56 percent of those ages 18-34 read newspapers, in print or online, during the course of an average week. “There is no question that members of the younger generation tend to be more active in using digital media to seek and absorb information they consider relevant to their lives,” says Jim Conaghan, NAA vice president of research and industry analysis. “Newspapers continue to refine existing methods and invent new ones to reach younger generations through their digital platforms.” — NetNewsCheck, “Millennials Still Want Their Newspapers”

Dozens of leading news organizations are protesting to the White House against restrictions that sometimes keep journalists from taking pictures and video of President Barack Obama performing official duties. At the same time, two press groups urged their members to stop using official photos and video handed out by the White House, dismissing them as little more than “government propaganda.” 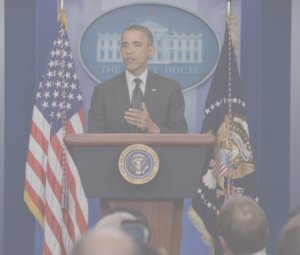 “As surely as if they were placing a hand over a journalist’s camera lens, officials in this administration are blocking the public from having an independent view of important functions of the executive branch of government,” the letter states, adding that the restrictions imposed by the Obama White House represent a major break from the practices of past administrations.The news organizations’ letter to White House press secretary Jay Carney detailed a number of recent examples in which photographers weren’t allowed to cover presidential events that were deemed “private” by administration officials — even though the White House indicated their newsworthiness by releasing its own photos of the same events.

The news organizations said Thursday that the White House limits on access raise constitutional concerns about infringement on First Amendment press freedoms and have “a direct and adverse impact on the public’s ability to independently monitor and see what its government is doing.”

Told you, short and sweet and the only thing left is from the KPA/KPS Central Office staff to wish you and yours a Happy Thanksgiving!!