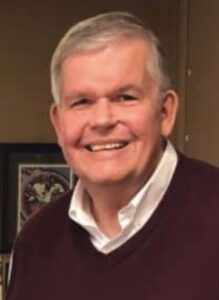 He began his newspaper career at the Paris Post Intelligencer (PI) as sports editor. After a couple of years at the PI and a short time at the Carroll County News, he was hired as editor of the Weakley County Press (Martin) by Randal Benderman, who became his lifelong mentor in newspaper publishing. Dennis left the Weakley County Press and moved to Clarksville to work as a copy editor at the state’s oldest continuously publishing newspaper, the Leaf-Chronicle.

Dennis served on directorship boards for the Tennessee Press Association, National Newspaper Association, Carey Counseling Center, and various other organizations throughout his life. He spent several years working as a newspaper broker, first for W.B. Grimes and Co. of New York, then on his own. While working for W.B. Grimes, Dennis brokered the largest newspaper deal in the company’s history in 2012, working day and night for months to close the deal. His son, Daniel, is currently the president of the Tennessee Press Association.