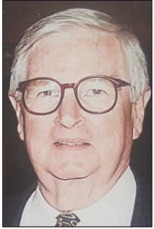 Luke Keith Jr., former owner and publisher of the London Sentinel Echo passed away May 31, He was 72.

Keith and his wife, Margaret Dyche Keith, purchased the family’s newspaper in 1974 and ran it for seven years before selling it to Al Smith. At the time, The Sentinel Echo was the largest weekly newspaper in Kentucky.

They moved to Hilton Head, S.C., after the sale but then Keith and his wife returned to Kentucky in 2008 when he was named publisher of the Hazard Herald. They lived in Hazard at the time of his death.