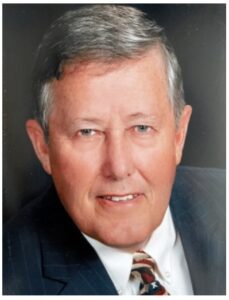 Danny was born on March 2, 1947 in Marion, KY, to the late Frank Eura Beavers and Melva Hazel Beavers. Danny grew up in Fredonia and Princeton, graduating with the Class of 1965 from Caldwell County High School. He went on to earn his bachelors degree from Western Kentucky University and his masters degree and Rank I from Murray State University. A veteran of the United States Army, Danny served in Vietnam with the 101st Airborne Division, Battery B, 321st Field Artillery Regiment.

Danny worked as editor and photographer for the Caldwell County Times in Princeton before beginning his teaching career in the Caldwell County School System as a middle school English teacher. He went on to teach high school biology, chemistry, and physics and then managed the computer lab toward the end of his career. He retired in 2006, but went back in 2007 to serve as assistant principal. Danny also coached the Caldwell County Tigers baseball team from 1990 – 1999, leading the 1991 regional championship team and leading the team to its first 20-win season. He also was very active in local youth sports, volunteering with Youth, Inc. for more than three decades.