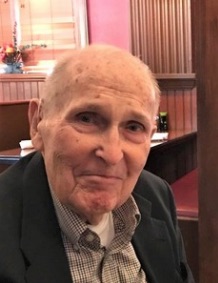 James T. Norris, Jr was born 11/03/1928 in Ashland to the late Frances Cochrane Norris and James T. Norris, Sr. Jim, as his friends called him, attended Ashland schools before attending Phillips Exeter Academy in Exeter, N.H., and then graduated from Kentucky Military Academy. He then attended Vanderbilt University, where he earned a B.A. degree in English. After college, he joined the Air Force during the Korean conflict and served his country in Alaska and Arizona. After his time in the service, Jim joined his father at The Ashland Daily Independent and worked as a reporter, editor-in-chief, and eventually publisher. He also served as president of the Kentucky Press Association and served on the boards of several businesses and civic organizations, including the Ashland YMCA where he was an active supporter of its construction in 1972. He continued as publisher of the Independent until 1979 when the paper was sold to Ottaway Newspapers, a subsidiary of Dow Jones.

Jim was a Christian and attended the First Presbyterian Church of Ashland. Jim loved reading and enjoyed playing tennis and golf throughout his life, both in Ashland and during his retirement years in Scottsdale, Arizona. He was a loving and devoted father, attending and delighting in his children’s and grandchildren’s sporting events and activities. He was an extremely kind, thoughtful and generous person and is beloved and fondly remembered by his children, extended family, and many local residents. His last years were filled with family. Jim has three surviving children, J. T. Norris III (Kelly), Susie Norris (Jacob Epstein) and Frances Norris. Jim is also survived by five grandchildren – Jane Ann Goodwin (Brent), James Clark Norris (Abby), Sam Epstein, Natalie Epstein, and Thomas Epstein – along with three great-grandchildren, Anna Brooke Goodwin, Kate Julia Goodwin, and James Bowman Norris.

In addition to his parents, Jim was preceded in death by his sisters Susie Guerrant, Betty Cecil, and Julie Browne Thompson; a son-in-law and daughter, Glenn and Elizabeth N. Bogitsh; as well as his beloved wife of 67 years, Jane Bandy Norris.