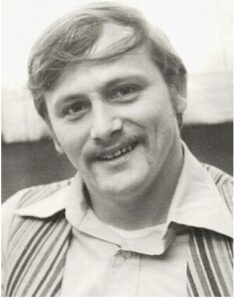 John W. Del Santo, 77, of Catlettsburg, passed away peacefully Saturday, December 10, 2022 at the Community Hospice Care Center in Ashland, KY with his wife of 46 years, Betsy DelSanto by his side.

John was born February 10, 1945 in Middletown, NY, the son of the late William V. and Bette Miracle DelSanto. He attended Middletown schools and Orange County Community College. He served his country honorably with the United States Army from 1962 to 1965. After military service, he joined the Times Herald Record in Middletown, NY as an apprentice pressman where he advanced to foreman, then trained in composing, classified sales, accounting, circulation and advanced to assistant to the publisher. In 1975, he was named assistant general manager of the Pocono Record in Stroudsburg, PA. When the Ottaway Company purchased the Ashland Daily Independent in April 1979, John was transferred to Ashland, Kentucky in October and named general manager under Bob McCullough. When Bob stepped down in February 1985, John succeeded as President and Publisher where he remained until his retirement in 1998. He was active in the community and served on several boards including Ashland Community Hospice. After retirement, he enjoyed working on his “Kentucky” farm in Boyd County.

Per John’s wishes, services will be held privately at the convenience of the family.