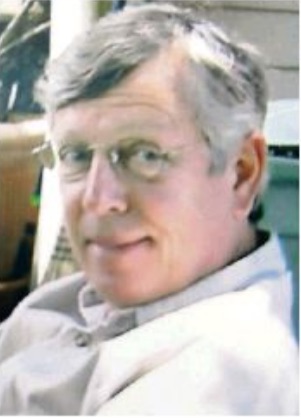 Ken was a 1967 graduate and supporter of the University of Kentucky, where he was a member of Lambda Chi Alpha fraternity. He worked for the Associated Press at newspapers around the country including the Courier Journal. He transitioned into KY State Government where he served in various roles under three governors, chiefly as Press Secretary for Gov. Martha Layne Collins. Ken spent the next 15 years in public relations at Doe Anderson, Creative Alliance, and finally for himself at Hoskins Public Relations.

He was preceded in death by his parents, Kenneth R. and Irene Spratt Hoskins. He is survived by his sons, Ken and Nathan (Diana Torres) Hoskins; and several cousin, including Susan Williams (Carroll) and her children, Rae Carole Williams and Dr. Mark Williams; and grandchildren, Degife, Leo and Frederick Hoskins.

A Mass for Ken will be at noon, Friday, Sept. 14th at Highlands Funeral Home, 3331 Taylorsville Rd. with burial to follow in Resthaven Cemetery. Visitation will be Thurs. from 5-8 p.m., at the funeral home.

Expressions of sympathy may be made to the Schuhmann Center.