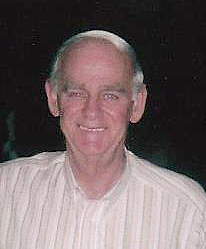 “Tiny” — as he was known to his friends and colleagues — had a career spanning more than 50 years printing the newspaper and running Paragon Printing, and had also worked as a coal miner.

“Tiny was just a one-of-a-kind person,” said Bill Hinton, plant manager for Andy Anderson Corporation. “I began my career in 1985 and he taught me everything I know about printing. He was one of the most dedicated people I’ve ever known, he really would not stop until the job was done. For more than 30 years, I probably spent more time with Tiny than my own family and we racked up thousands of hours of conversation. He was strong in his faith in God, and loved to pick and joke around with his co-workers.”

Andy Anderson, president of AAC, recalled Stewart had an impact not only on the family’s business, but his own maturation.

“Tiny has been a big part of my life since I was a kid,” he said. “He was vital to the success of the newspapers and a valued friend to the Anderson family. I am thankful for the many happy memories we shared.”

General Manager Jowanna Bandy said Stewart was invaluable in that he understood exactly the mission of the newspapers and the responsibilities to the communities.

“He was a faithful man who frequently prayed in earnest for the success of not only the newspapers but for all of the businesses in Muhlenberg and Ohio counties,” Bandy said. “I am going to miss so much about him, but those prayers he believed in so much will be at the top of the list.”

Editor C. Josh Givens recalled Tiny was a man of great humor and quick wit, and was encouraging to the newsroom, though he may not have always agreed with what was printed.

“I had been in my position for about three months and asked Tiny just how long he had been working at the newspaper,” Givens said. “He smiled a little crooked smile and said, ‘It’s been a bit. I remember them building the pressroom up all around me.’ It often takes humor to work in this type of business and Tiny had that in great abundance.”

Stewart was born March 11, 1943, in Muhlenberg County. He was a member of Calvary Missionary Baptist Church, where he served as deacon and church clerk.

Funeral services will be conducted 1 p.m., Saturday, Dec. 30, at Tucker Funeral Home in Central City with the Rev. James Watkins officiating. Public visitation will begin at 10 a.m. Burial will be at Rose Hill Cemetery in Central City.

Expressions of sympathy can be made to Gideons International or to Calvary Missionary Baptist Church.

Online condolences can be made at www.tuckerfuneralhomes.com