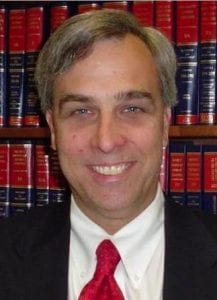 Kentucky lobbying spending is continuing at a record pace. Recently-filed spending reports show that $9.43 million was spent on lobbying during the first four months of 2019, including a 30-day legislative session. That total was nine percent higher than 2017, when $8.6 million was spent.

Even after numerous post-session terminations, 719 businesses and organizations are registered to lobby, with 552 lobbyists, tracking the national trend toward more state lobbying by businesses and interest groups, and more money spent to influence state-based policies.

Judge Kelly served 19 years in the Senate, including four years as Minority Leader and nine years as Majority Leader, before serving five years as a Circuit Court Judge.

Kentucky’s Code of Legislative Ethics applies to legislators, lobbyists, and employers of lobbyists who attend summer legislative conferences, or who sponsor events in conjunction with those conferences.

Legislators interested in attending an out-of-state meeting are required to obtain approval for that travel from the presiding officer of the chamber in which they serve.

Kentucky lobbyists and their employers are required to report the value of food, beverages, and other expenses contributed to events to which Kentucky legislators are invited.  Lobbyists and employers are also required to report other expenses incurred in conjunction with the meetings, if the expenses are directly associated with the employer’s or lobbyist’s lobbying activities.  These include expenses for promotional items, and conference registration and travel expenses.

Legislative conferences this summer include:

Check out the latest issue of the Ethics News to see updates from around the country.