One-fourth of KPA members had circulation increases in 2019 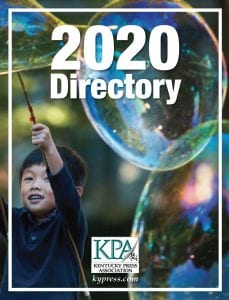 The 2020 Directory will be available at the end of the KPA Winter Convention.

Okay, maybe it’s not earth shaking numbers but to the naysayers who talk about newspaper circulation cascading downward, raspberries to you!

In checking circulation numbers for 2018 over 2019, at least one-fourth of our 145 Periodicals Class mailing permit newspapers showed circulation increases. “At least” is the operative word because we’ve still not received all Statements of Ownership. But we know, based on those newspapers who did abide by the request to send us the statements that circulation increase isn’t an anomaly.

And in a couple of cases, an increase of five maybe isn’t much to write about, albeit it’s still an increase. But we’ve seen circulation increases of up to 352 and that is something to write home about.

I’m willing to bet, however, that if we included all the online subscriptions as paid circulation, the number increasing in 2019 was much more than one-fourth. Perhaps one-half if not even more!