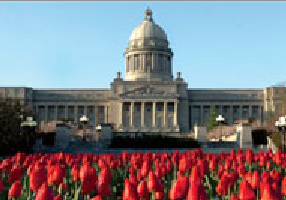 What took place a week ago in the Kentucky Senate brought back some memories of 26 to 28 years ago. From 1990 to 1992, KPA was involved in a total overhaul of the state’s Open Meetings and Open Records law. Jon Fleischaker and David Hawpe can recall some of the escapades associated with those two years, two years of an interim legislative committee looking at every word of every section of the two laws. KPA had three representatives on the interim committee, though they weren’t elected officials. Fleischaker served on the committee along with  the late Steve Lowery and retired Courier Journal staff member Stan Macdonald.”

It was amazing to listen to the Kentucky Municipal League, Kentucky Association of Counties, state universities, the secondary school groups such as the school superintendents and school board association, whine over all the of the limitations of the proposed changes being presented to better both laws.

We can’t do this, we can’t do that. We need to meet with members of the council, or court, or university board, to educate them on the issues instead of taking time during meetings. If this law is passed, we can’t do this. On and on they went.”

But there were also numerous lies told to the interim committee on what language meant, lies that allowed Fleischaker to tell the truth and explain what the language meant. It was far from what those public agencies were claiming.

The committee, co-chaired by former State Rep. Bill Donnermeyer, and former State Sen. Albert Jones, also assumed a lot about the language. They would bring up their reading of some of the language and then Jon would review it word for word and what it all meant. He spent most of the meetings — monthly over almost two years — correcting misconceptions about the laws and making sure all of those involved and attending the meetings had a better understanding.

When the process ended, those legislators on the committee said they learned more about Open Meetings and Open Records than they ever had and now they not only understood the law but supported it. “When it comes down to it, it’s not that difficult to understand and it’s not that burdensome on any public agency, any public official.” That was a comment from Rep. Donnermeyer. When he was appointed to the committee and especially as the House chair of the committee, I had serious reservations. Rep. Donneymeyer was good to work with but he wasn’t the staunchest supporter of open government. He changed over those monthly meetings as he got introduced to the language and what each section meant.

When the two separate bills were introduced in the 1992 session, it didn’t pass 138-0 in the two chambers but it was close to unanimous.

It appears another good education for legislators and perhaps public agency officials needs to be done. Last week’s claims by legislators that they can’t talk with clients (such as lawyers under attorney-client privileges) or with a client related to their professional business (“I’m in public relations and sometimes a client will call me when I’m here as a legislator and I need to be able to talk with that client) should be kept away from reporters being able to request records of those calls or texts or emails made on a private device, a device owned by the public official.

Attorney-client privileges are private and numerous AG opinions back that up. I doubt there’s any reporter who will ask for records of a legislator talking with a client. Or especially, my favorite one, Is my wife calling me to see what time I’m going to be home for supper going to be subject to an Open Records request.” Think you see where I’m coming from when legislators tried to push through an amendment that “Public records do not include any (operative word here is any) electronic communications…”

A few years ago, Rep. Derrick Graham introduced legislation to educate all public officials on the Open Meetings and Open Records laws. He wanted each public official to go through training on the laws but the same representatives of cities, counties, university boards and other agencies balked, saying their officials didn’t have time for training. So what was agreed to was to give each a copy of the law. No requirement they have to read it, you understand, because that was too much to ask, but at least they are required to receive a copy. It’s known as “Your Duty Under the Law,” prepared by the Attorney General.

Of that effort between 1990 an 1992, only 10 legislators are still in office. That means 92 percent of the legislators weren’t around when the law was revised, again it was with near unanimous approval. Had those 92 percent read the law and had it explained to them, perhaps the amendment would not have been drafted at all.

The more things change (officials elected since that two-year revision process) the more they stay the same (public officials not knowing what the law says or means).

And the good investigative reporter in you is wondering who the legislators are in office today that were involved in voting on the rewrite 26 years ago. Well, I just happen to have this information:

And I’m betting those down around London are going to correct me about Sen. Albert Robinson. He’s been around for many, many years, but was not in the legislature from 1989 to 1994, meaning he didn’t vote on the 1992 revisions.