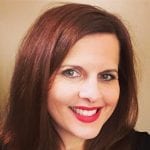 Jane Ashley Pace, who has a “deep experience” in marketing and advertising, has been named publisher of the Oldham Era in LaGrange and the Henry County Local in Eminence.

Jane Ashley has held a variety of positions in the newspaper industry. She began her newspaper career with Landmark Community Newspapers as an Advertising Representative with the Grant County News before being promoted to Sales Manager for the Anderson News. For the past 9 years, she has held a variety of positions with the Lexington Herald-Leader including Targeted Publications Coordinator and Marketing, Training, and Research Manager.

Jane Ashley is a graduate of the University of Kentucky and a big Wildcat fan.

She will begin work on September 18.