Postal rates hiked by inflation, but drastic increases in sack/tray, some bundle and piece rates outside-county 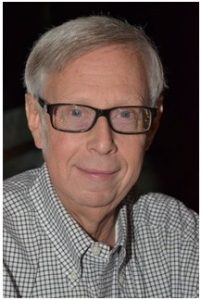 The Postal Service price-change filing, held to inflation by law for perhaps the last time, is once again benign for In-County copies, the lifeblood of most community newspapers.

But drastic changes appear in some outside-county prices. Sack/tray prices are in for the ugliest hike. USPS said in its filing that changes were needed “to boost their cost coverage.”

Unfortunately, despite years of trying, NNA was unable to get a discount for flats tray (white tub) use, although a separate line item will appear on the 2018 Postage Statement 3541 to track usage. Pricing officers explained that the lack of a governor to sign off made structural changes impossible. The Postal Service Board of Governors has had no appointments confirmed in the last few years, and the last sitting governor term ended in December.

And some outside-county piece and bundle prices also get double-digit increases.

To make up for the increases above inflation in these categories, the pound prices for both advertising and nonadvertising are unchanged. It is very difficult to model changes for outside-county, since the number of pieces, bundles, and containers vary widely by paper. Some older newspapers, especially in the upper plains states, have many outside-county subscribers and could be hit harder. And newspapers like farm or church titles with mostly outside-county mail could be higher than the average.

A typical in-county title under 2,000 mail with 79% of that in-county, weight over 5 oz. in-county and over 3 oz. outside-county, would increase 1.84%, in line with postal projections. However, outside-county costs went up 5.33% and In-County just 0.92%. Best practices were in place here with almost 100% DDU entry within county, 36% High-Density price.

However, a regional newsprint/tabloid with mostly outside-county distribution experienced about 3% increase, held lower by heavy editorial percentage and other factors.

IN-COUNTY IN LINE WITH INFLATION

As the chart nearby will reflect, In-County postage will increase close to or less than the average of 1.8%. The new DDU pound price of 15.6 cents only goes up 1.3%, in line with efforts to reward drop shipping, a best practice NNA members should follow to the maximum feasible extent. The new None entry pound price  of 20.4 cents is 31% higher than DDU.

The carrier-route Saturation piece price is unchanged at 3.4 cents, which will be helpful to Requester publications that send to every residential patron, as well as Paid newspapers when sampling. Basic carrier route price for 6 or more pieces per route goes up 1.5% to 6.6 cents.

The only harsh increases In-County are for the little-used cells of Basic Nonautomation Flats, up 7.2% to 16.4 cents, and 3-digit Basic Nonautomation of 14.3 cents, up 3.6%. Newspapers with copies there should take efforts to improve the coding to get a better address, in most cases.

Sack/tray prices increase from 5.41% to DDU/5-digit, up to 22.4% for Mixed ADC. What makes this offensive is that newspapers don’t get anywhere near the (already lengthened) service standards.

Making matters worse is that bundle prices increase from 2.6% for a carrier route bundle in 5-digit container to 20% for FIRM bundles in SCF/3-digit tray, which many papers use for papers to press associations. One exception with no increase is Mixed ADC bundle in Mixed ADC container. A couple others are less than 2%.

The Postal Service says in its filing that bundle prices increased as an “adjustment to maintain the existing strategy of setting prices based on estimated bottom-up costs.”

Fortunately, prices on carrier-route pieces outside-county are less than inflation at 1.5%. Firm bundle piece price is up 2.4% to 20.7 cents. This is good news for Requester saturation publications, which pay outside-county prices on about 40% of their copies which are not requested. (Requested copies get In-County prices, with another 10% allowance for sampling.)

Once again, the Postal Service is sensitive to mailers of Saturation and High-Density flats (and claims higher cost-coverage for such mail than Periodicals). But that’s also good news for newspapers mailing shoppers to either all households, or to nonsubscribers.

As the chart accompanying this article shows, Saturation mail entered at delivery offices (DDU) increases less than 1% up through 7 ounces, and decreases slightly for 9-16 ounces, thanks to the pound rate decreasing 1.65% to 35.7 cents for all density levels.

High-Density Plus mailings to 300-pieces per route and up decrease slightly at all weights, with pound rates dropping 1.5% to 39.3 cents. Piece price up to 4 ounces decreases by a tenth of a cent.

High-Density for 125-299 pieces per route are same as last year up through 4 ounces, the current weight break, and then decline fractionally at 6 ounces and higher. Piece price up to 4 ounces gets no increase.

As a reminder, permit indicia should not yet be changed from Standard Mail to Marketing Mail since the mailing industry is still in discussions about the new name with USPS.