Problems may invade. They don’t have to advance! Reader questions and comments 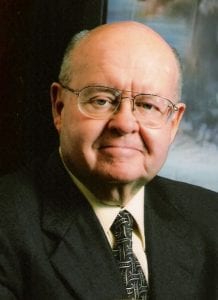 Fourth in a series by Thomas L. Preston

By introducing a model approach in keeping various types of weapons out of our schools, a shooter is defeated before tragedy dominates.

That isn’t happening today and the media should be asking why.

Excuses prompt serious questioning. I’ve heard most of them. So far they easily can be countered when dedicated leaders step forward as problem solvers.

As daunting events arise in any community at any time, who primarily receives frantic appeals for help? Almost universally today the answer, of course, is first responder dispatchers.

They relay calls to men and women trained in law enforcement, or in emergency medical care, in fire-fighting, rescue and recovery, and in traffic/ pedestrian control. Rarely does each category receive deserved acclaim and appreciation.

I’ve had the privilege – the honor — of working with these dedicated, brave, giving individuals. Memorable experiences seem akin to my armed services years. As always, mission comes first where members rely on each other; they must feel secure in trusting each other no matter what consequences loom.

Like military missions, what stands out is how first responders make instant, life-and-death decisions. Exposures to near-countless risks as well as a myriad of unknowns while trying to save victims, or property, or each other, mark those involved as “special.”

I believe perilous roles are mighty similar regarding first responders and military personnel under siege — exposed to great harm.

One of the happiest moments while serving as Executive Director of the Kentucky Office of Homeland Security were those times when we could provide first responders with critically needed equipment, training and other assistance.

We stretched every available dollar during frustrating periods of unlimited needs constantly restrained by limited resources.

Which brings me to this fact: First responders also become targets of active shooters, intended or otherwise. References to these men and women are purposeful.

They must never be forgotten in any discussions referencing consequences of ignoring prevention!

No matter victim numbers, which in several strange cases haven’t been calculated accurately, first responders have felt the impact of a bullet. Even flying debris from a ricochet has caused injuries because assailants swept or sprayed in rapid fire.

Unresponsive or irresponsible officialdom harbor pie-in-the-sky dreams of a future minus gun violence. I suggest they think more about a “career-defining moment,” before future flags of death and injury unfurl as a result of their inaction.

As an auctioneer says before the gavel comes down, “Fair warning!”

From a Cincinnati student: “Who pays for the extra cops you said should be assigned to oversee security each day?”

Here are just a couple among countless examples of tax dollars frittered away.

Two million dollars a month for maintaining 28,000 empty and expired grant accounts. A single code entry was sufficient to close out the accounts, thus ending fees. And, our second example arose when the Treasury Department produced five billion (that’s with a B) pennies last year. It costs taxpayers 2.4 cents to produce each penny! You do the math!

A Lexington surgeon wrote: “Your plan requires volunteers over a very long period of time. Has similar use of volunteers been tried in another setting?”

Answer: Yes, especially in educationally related settings. Also, throughout the history of civic clubs we note how members donate thousands of hours throughout years of personal service to their communities. Discussions with many parents indicate willingness.

My plan suggests limiting volunteers to working only one or two days weekly, managing walk-through scanners and x-ray units to clear backpacks and any other items requiring this level of scrutiny. However, I hear from retirees especially who say they will gladly donate three or four days a week if their involvement might help save a life.

Remember, the proposed model eliminates backpacks in less than a year and calls for a law enforcement officer supervising the entry process.

An unidentified caller questioned funding. “Do you actually think Congress will give up their pet projects even to build these entryways and pay for technical equipment and police there?

Answer: Frankly no, without the enormous power of citizens – hundreds of thousands of parents, for example — demanding fiscal support on behalf of keeping harmful possessions out of school buildings. That can make a huge difference.

A high school principal disagrees. “Won’t work. Your idea takes too much time getting students into the building. It will cause backups and that will interrupt our regular class schedules.

Answer: First, each school’s portal, attached to a main entrance/exit area, will be designed with several factors in mind.

Planners will calculate numbers of people going and out daily, how many magnetometers and x-ray units are required for quick movements and provisions for adequate supervisory and movement space.

Beyond the solution explained, if certain delays occur, then shouldn’t we expect administrators to exercise adaptability while solving the matter through innovation? Operational rigidity lessens effectiveness at any institution.

Commented an executive who had asked for copies of the series: “Great food for thought. Good work!”

Answer: Thank you, especially because you always mean what you say! My prime concern is having little time before another tragedy.

This model can be implemented for any school by next fall. How? An emergency federal fund appropriation (explained previously in our series), can be offset by eliminating waste.

Want another example of waste? The FAA is reported to have poured $200 million into upgrading a small airport in Mascoutah, IL. One (1) airline flies into this facility. And that’s among the lesser examples of how your money is abused in D.C.

Relayed was the following message: “I can’t remember the background but there was something about a guy in eastern KY offering to donate metal detectors or giving the local school money to buy equipment. An official declined. Had a number of excuses.”

Answer: Well, given a dearth of positive, progressive activity since the latest shooting, one can’t help but fight discouragement.

I have met with scores of students. They are equally bothered by inaction from supposedly responsible adults. Their apprehensions seem quite sincere as well as intelligently expressed. Again, challenge excuses. Leaders are expected to be innovative.

Another highly respected individual whose career overflows with public service, help for truly needy causes, mentoring aspiring entrepreneurs, emailed the following message: “Really well written. Looks like you are trying to say two things. 1. Mental health is the real issue. 2. Access to guns by those with mental health issues. Problem is what is the solution to those?”

Answer: Thank you. Although I addressed (albeit briefly since volumes can be written), mental health as a significant factor within any discussion about active shooters carries a high degree of attention.

However, broader steps in research, causation discoveries, including treatments and citizen education about this complex subject are warranted. Achieving that goal elevates the profession’s own status among other specialties demanding the acme of education as well as experience, accomplishment and respect.

Two particular emails sent to the Kentucky Press Association: One agreed about teachers not being armed. The second writer lamented how metal detectors at a school where he was familiar “has some sitting there unplugged.”

Answer: Arming teachers is counterproductive – unsafe. I cited reasons why in Part 2.

We end with this note. Before KPA distributed Part 1, an owner/publisher of newspapers in Kentucky and two other states became aware of our planned series. He phoned David Thompson asking about any fee necessary if he wished to reprint the series in his various publications.

The four columns are free to anyone seeking to reprint or to quote or to be a resource for future reference. I hope this owner/publisher who called has or will find this material worthy. We sincerely appreciate his intention.

I conclude by again emphasizing access to available federal funds. The following report proves how rampant carelessness is in federal offices; remember, these are agencies you finance.

The Government Accounting Office’s audit of fiscal year 2015-2016 alone, found $144 BILLION IN IMPROPER PAYMENTS ACROSS VARIOUS AGENCIES. They further identified payments to the deceased as a substantial improper payment problem.

Let no Senator or member of the House claim scarcity of money up on the hill!

Many thanks to you who have been readers.