Newspapers in Missouri are going on the offensive in their battle to save public notice in their state. 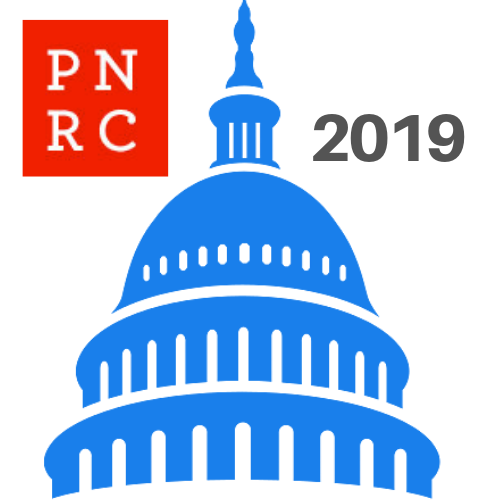 Fighting separate bills that would move all government and foreclosure notice in the state from newspapers to government and law-firm websites, the Missouri Press Association (MPA) threw its support behind Senate Bill 515, introduced last week on the final day for filing new legislation in Jefferson City.

SB 515 would require newspapers in the state that publish notices to also post them on MPA’s statewide public notice site. It would also limit rates by requiring newspapers to include volume or repeat-buyer discounts, and by mandating lower prices for “second and successive insertions.”

Rates became a big issue in Missouri after the state spent almost $6 million last year publishing in newspapers throughout the state the full text of all statewide ballot measures – notices that were required by the state constitution. Proponents highlighted that rare, unusually large expenditure last month during a hearing on Senate Bill 268, which would move all official notice to government websites.

Fortunately, the committee that held the hearing voted the bill down earlier today on a 2-5 vote. According to MPA Executive Director Mark Maassen, it was a bipartisan vote, with three Republicans and two Democrats voting no.

A hearing was also held in February on Missouri House Bill 686, which would allow the trustees who hold mortgages in escrow in this non-judicial foreclosure state to publish foreclosure notices on websites maintained “for the purposes of providing web-based notice of foreclosure”. Observers believe the trustee law firms that are the biggest proponents of HB 686 intend to build and operate those websites. The Senate companion to HB 686 was assigned to the same committee that voted against SB 268, perhaps a good sign for newspapers in the state.

Indiana has its own bad foreclosure bill, which would move foreclosure notices from newspapers to county or sheriffs’ websites. After passing the House by a 62-34 vote in January, HB 1212 hasn’t even been assigned to committee yet in the Senate. The Hoosier State Press Association is “cautiously optimistic” it can be killed there, according to Executive Director Steve Key. Meanwhile, Senate Bill 435, which would have moved all official notice from newspapers to government websites, died after missing the deadline for committee hearings. Just the latest from a state that, according to Key, has seen 83 bills introduced since 1997 that would completely or partially eliminate newspaper notice.

Bills that would move public notice to the web have also been introduced in Connecticut, Florida, Kansas, Idaho, Illinois, Kansas, Maryland, Texas, Tennessee and West Virginia. Most are garden-variety legislation that would require or permit the notices to be published on government websites. But the bills in Idaho and West Virginia are different; they contemplate moving notices from newspapers to newspaper websites – as far as we know a legislative first.

Idaho House Bill 166, which has apparently been killed, would make publication of notices on newspaper websites the primary means (i.e., “first requirement”) of distributing notice in the state. The bill still would have required newspaper notice “concurrently or immediately following online publication”, but would have limited print publication to a single occurrence for each notice. Idaho also has a bill that would move bid notices to local government websites and another that would allow self-storage facilities to provide notice of lien sales on a website in lieu of a newspaper. The bid notice legislation has already passed the House by a 44-26 vote and is scheduled for a committee hearing today in the Senate.