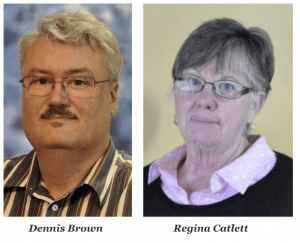 Regina Catlett, who co-owns the Sebree Banner/Sturgis News and has served as KPA treasurer for the last two years, has been elected Vice President of the organization for 2020.

Regina and Dennis Brown, publisher of the Lewis County Herald in Vanceburg, were both recommended by the KPA Board to be elected VP. That recommendation came during the 2019 KPA Fall Board Retreat in October. The recommendations went to all full member newspapers to vote on the 2020 Vice President. Each newspaper received one vote in the new election format.

Her election as Vice President means KPA will undergo a Special Election in District 3 since Regina was just elected to another three-year term on the Board of Directors. District 3 includes Daviess, Hancock, Henderson, McLean, Ohio, Union and Webster counties. Publishers at each member newspaper in the district will receive a letter and nomination form when the Special Election gets underway.