Rejection of massive postage increase; it is time to call on Congress to fix the postal service with public funding 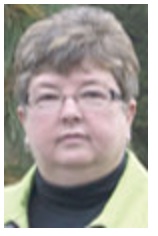 The National Newspaper Association has urged the Postal Regulatory Commission to abandon its proposal for postage increases for small newspapers that could add nearly 50% to distribution costs over the next five years. Instead, NNA said, the PRC should decline to put the entire burden on fixing the U.S. Postal Service on mailers and instead must urge Congress to explore public funding for USPS.

The PRC found last year that the revenue produced by the inflation-based system is insufficient to protect universal service. It now is proposing a menu of increases that would hit newspaper mailers particularly hard.  The Commission would allow not only the inflation increases, currently running around 2% annually. It would also let USPS charge extra if it maintains its service standards (but not actual quality of service), for the loss of mail volume that results in fewer pieces per household, for achieving an efficiency rating that tends to rise with higher rates and for other factors. In sum, PRC notes that mail volume is falling although household deliveries are growing. It seeks to support the declining system solely with higher postage.

NNA joined News Media Alliance (NMA), which represents larger newspapers, in pointing out many ways newspapers have been damaged by external trends, such as a 2018 tariff on newsprint and on unregulated social media companies that compete for advertising.  NNA’s members are primarily family-owned, community newspapers that rely on the mail to reach subscribers with each weekly or daily newspaper.

NNA also criticized the accuracy of cost data for small newspaper mailers, saying that although USPS believes the mail within the county of the publisher fails to cover its incremental costs, the measurements of the mail cost have been historically suspect.

The organization joins other mailing organizations, including the Greeting Card Association, in a major vision statement that calls upon Congress to re-evaluate its belief that postage alone can support universal service.

“NNA is deeply involved in many aspects of postal issues and it is clear to us that even as the internet steals away mail volume, the mail is still critical to many people and to most rural communities,” NNA President Matthew Adelman, publisher of the Douglas (Wyoming) Budget said. “The trend of digital competition with the mail is going to continue, just as it is for newspapers. The vision of a USPS supported solely by direct mail, greeting cards and business correspondence — while viable 50 years ago — no longer fits our country.  USPS is still critical, but if Congress wants an efficient, effective service, good middle-class jobs within the postal workforce and an ability to mail something at affordable rates from Alaska to Alabama, it is going to have to provide some of the funding.”

Adelman said NNA had worked for nearly a decade toward legislative postal reform, but had found Congress unable to come to a unified solution for the mail. He said:

“We recognize that in the minds of most members of Congress, the system is still mostly working because the mail keeps arriving. But the PRC sees what we see. This is a system that is stressed to the point of collapse. Our differences with the PRC are in finding solutions.  We think the burden has to be shared fairly:  mailers, taxpayers, workforce and management. All of us have to be able to give a little if we want to keep this national treasure working for us.”