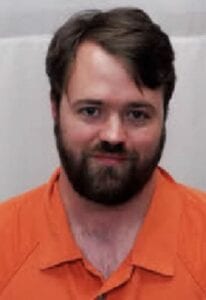 A North Carolina Superior Court judge put a small-town newspaper editor behind bars last month after one of his reporters used an audio recorder for note-taking purposes at a murder trial — a punishment the paper and media rights groups consider excessive.

Judge Stephan Futrell sentenced Gavin Stone, the news editor of the Richmond County Daily Journal, to five days in jail before having the editor hauled off to jail. Stone was released the next day but still faces the possibility of more time in lockup.

Brian Bloom, the paper’s publisher, acknowledged that his reporter shouldn’t have had the recorder in court because it was not allowed but criticized the judge’s move to imprison an editor for a minor infraction committed by a colleague.

“The penalty does not fit the crime,” he said. “Let’s put this in perspective: You stop a murder trial not once, but twice, because a guy had a tape recorder sitting next to him on a bench at a courtroom. Let’s put our priorities in place here.”

Futrell did not respond to a request for comment.