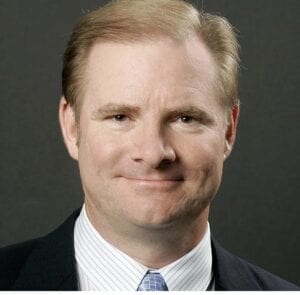 Rick Green, editor of the Pulitzer-Prize winning Courier Journal, is stepping down after 2½ years at the helm.

After more than 33 years with Gannett, The Courier-Journal’s parent company and owner of the USA TODAY network of more than 260 newsrooms across the U.S., Green is taking a buyout offered by the company.

Under Green’s leadership, the newspaper won a 2020 Pulitzer Prize for breaking news for its coverage of controversial pardons by former Kentucky Governor Matt Bevin. It was The Courier Journal’s 11th Pulitzer.

“No one will ever know how much I have enjoyed serving as editor of The Courier Journal,” Green said. “Without any exaggeration, it has been the highlight of a 33-plus year career with Gannett, and I am so grateful for a talented team that has worked tirelessly to meet the appropriately high expectations of readers across Kentucky. I am so proud of their commitment, their passion and their pursuit of meaningful stories. We are a 152-year-old news organization that embraces the responsibility of delivering fair and fearless journalism of consequence — not just some days, but every day. We have done it over and over these past 2 ½ years, and I know my successor will continue that important work.

“I love Louisville and the commonwealth. It has become home, and I look forward to new opportunities and even bigger adventures.”

During Green’s tenure, The Courier Journal staff has covered the global coronavirus pandemic and how it has affected Louisville; protests and the fight for racial justice following the shooting of Breonna Taylor by police; a historic Kentucky Derby that ran in September; a child abuse series that revealed Kentucky’s abysmal treatment of its youngest citizens; the newspaper’s 150th anniversary special section; and a national project about a Mexican drug cartel that is fueling opioid deaths in the commonwealth and around the country.

Green has been a reporter, editor and publisher for more than three decades, starting as a high school sophomore in Ohio as a student-writer and sports clerk at The Coshocton Tribune.

He completed his studies at Ohio University’s Scripps School of Journalism and joined Gannett in 1987, starting as a politics and business reporter at the Chillicothe Gazette in southern Ohio.

A year later, he was promoted to the Cincinnati Enquirer where he served in various roles over more than 15 years, including suburban bureau chief, business editor and assistant managing editor of local news.

In 2004, he was named managing editor at The Desert Sun in Palm Springs, Calif. In July 2008, he was promoted to executive editor.

In 2011, Green was named editor and vice president of news at The Des Moines Register. The newspaper won national attention in the 2011-12 Iowa Caucus presidential election for its digital coverage, including the Register’s first-ever mobile app.

In August 2013, Green was again promoted to president/publisher of Register Media and a regional president overseeing five Gannett sites.

In 2015, Green returned to Cincinnati as president and publisher of Enquirer Media and a regional president of 10 other Ohio sites.

In May 2018, Green joined The Courier Journal as its editor.

“Rick Green always demanded our best, and he gave his best, and The Courier and this community are better because of it,” said Veda Morgan, The Courier Journal’s senior director for engagement, diversity and opinion. “He gave his heart to his work, and we will miss him tremendously.”