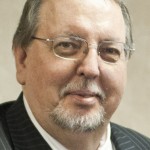 The group includes The Messenger, the newly acquired Providence Journal-Enterprise and Dawson Springs Progress, and the Grayson County News-Gazette.

That group will be taken over by Brandon Cox, who has been named publisher of the Kentucky New Era in Hopkinsville, which was purchased in November by PMG.

Welch has served on the executive boards of the Hoosier State Press Association and the Kentucky Press Association. Welch holds bachelor’s degrees in journalism and political science from Indiana University Bloomington.