Rick Welch retiring at the end of the year

From the Madisonville Messenger 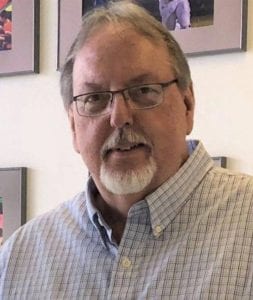 After more than 39 years working in the newspaper industry, Madisonville Messenger publisher Rick Welch will be retiring at the end of this year.

Welch’s newspaper career began right after graduating from Indiana University. His first job was a sportswriting stint at the daily Gary Post-Tribune. As time passed, he was promoted into advertising sales at the Knight-Ridder based newspaper and then left for a small locally owned newspaper group known as the Herald News Group in 1987. The late Joel Remaley asked Welch to become the advertising director of the HNG.

Eventually, in 2008, former Group Publisher Bob Morris hired Welch as publisher of The Madisonville Messenger. He has since also helped with new PMG acquisitioned newspapers.

“We will miss Rick. He has truly had a distinguished career in newspapers. Please join me in wishing Rick the very best in his retirement, as it is well deserved,” current Group Publisher Mike Weafer said.