Ronnie Ellis passes away at 68; was to be inducted in KY Journalism Hall of Fame

From the Institute for Rural Journalism and Community Issues 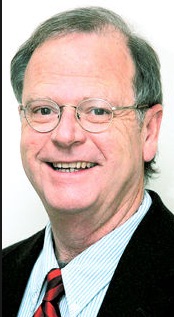 Ronnie Ellis, a political reporter and columnist who was the only rural correspondent in Kentucky’s state capital, died of lung disease Monday. He was 68.

Ellis retired in November 2018 as the Frankfort correspondent for Community Newspaper Holdings Inc., but continued to write a column for the company, which has daily newspapers in Ashland, Richmond, Somerset, Corbin and Ellis’s hometown of Glasgow, plus several Kentucky weeklies. His passing brought tributes from political leaders on both sides.

Democratic Gov. Andy Beshear said, “Ronnie Ellis’s journalistic instincts were surpassed only by his journalistic integrity. The role he played for some of Kentucky’s more rural outlets was integral to the Capitol press corps.”

Senate Majority Leader Mitch McConnell said Ellis “earned a reputation as one of the hardest working reporters in Kentucky. He was always armed with the tough questions, and he helped set the standard for other journalists. Ronnie gave his readers a first-hand look into their government and helped shape countless conversations across the commonwealth. . . . Even when he disagreed with your position, you knew he’d treat everyone fairly. I’m going to miss his insightful perspective.”

Another Republican, state House Speaker David Osborne, said, “Ronnie Ellis was a legend in Kentucky journalism. His coverage provided local newspapers throughout the commonwealth with unparalleled access to Kentucky government and politics. However, those who knew Ronnie will also remember his great sense of humor and incredible institutional knowledge.”

Last month, the Kentucky Journalism Hall of Fame announced that Ellis would be in its 40th anniversary class, to be inducted later this year. “It just goes to show that what he did was so good,” a Glasgow friend, Chris Eaton, in an audio tribute on Twitter. “Everybody wanted to talk to Ronnie Ellis. . . . People followed him throughout the commonwealth.”

Services for Ellis are being delayed by the pandemic. The family says memorial gifts may be made to the Institute for Rural Journalism and Community Issues, which publishes The Rural Blog.