Sen. Whitney Westerfield, R-Hopkinsville, announced earlier this week by Twitter that he’s working on legislation to pre-file during the interim that would take on Kentucky’s Public Notice Advertising law. (His tweet is at the bottom of this segment.)

He specifically mentions House Bill 195 introduced early in the 2020 General Assembly that would have moved all public notices out of newspapers and into local government websites. That bill was sponsored by Rep. Jerry Miller, R-Louisville. But it was amended during the legislative process and finally ended up making the online version of notices applicable to only counties with 90,000 or more population.

Westerfield’s language, if changed to 80,000, would bring in two more Kentucky counties including his home county, Christian, and Bullitt County.

KPA is working on a meeting with Senator Westerfield and is in the early stages of planning a summit with all publishers to get all newspapers on the same page and working on restoring the original language in KRS 424 and not allowing any government agency to have sole responsibility of what is published, how it’s published and when it’s published.

We have examples of local governments — cities and counties — that haven’t updated websites since at least 2008 and need more. Check your local city and county government websites for currentness of the information and get examples of outdated materials to David T. Thompson — dthompson@kypress.com.

We know there are several with council members and mayors who are deceased or haven’t been in office for several years. Also check for meeting information that would show long ago meetings being listed on the website are shown. 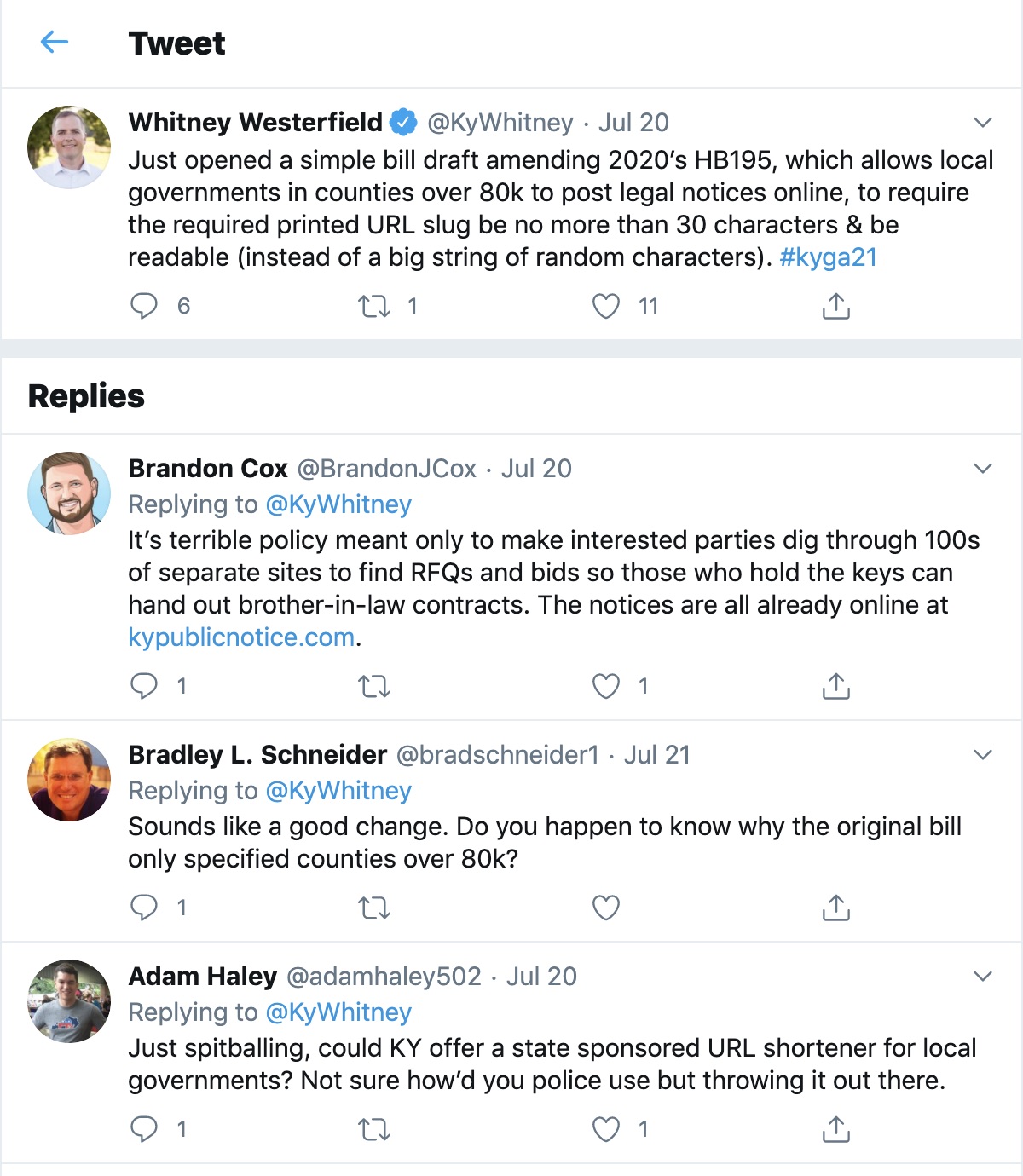