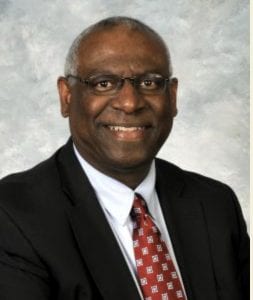 Here’s a history lesson on Open Meetings/Records. Back in 2005, Rep. Derrick Graham, D-Frankfort, the same Rep. Graham who is now the Minority Party Leader in the House, came up with the idea to train public officials on the Open Meetings and Open Records Laws. He saw frequent misinterpretations and misunderstandings of the laws by public officials, including the Frankfort City school system, where he was employed as a teacher.

His idea was to create training for these public officials and he was going to push for that through legislation. He got KPA involved and we brought in then-general counsel Kim Greene to work with him on the language. His idea was to require public officials to take the time to attend. That idea didn’t sit well with the Kentucky League of Cities, perhaps still known then as the Kentucky Municipal League. They noted their mayors and other elected officials didn’t have time to attend the training. So Rep. Graham got pushback.

Not wanting to give up the effort, Representative Graham settled for a publication that would be given to every elected public official and they’d have to sign a form they had in fact received it. Now we couldn’t require them to read it, understand, but at least they had to acknowledge receiving it. Representative Graham was disappointed he could not require the training, noting that would be much more effective that handing out a booklet and expect them to read it.

But that developed and he included language that put publishing it in the hands of the Attorney General. The AG then developed and made available a booklet entitled “Your Duty Under the Law.”

15.257 Requirements for distribution of explanatory materials; Open Records and Open Meet is laws; retention and management of public records

Senate Bill 162 would require what wasn’t accomplished in 2005

Now fast forward to the 2020 General Assembly. What Representative Graham was unable to accomplish back in 2005 comes in the form of Senate Bill 162, sponsored by Rep. Rick Girdler, R-Somerset.

The training Representative Graham wanted to require could be coming if SB 162 makes it through. It is getting late in the session. The bill has not been heard by committee so that must happen and then three legislative days later it can be voted upon by the Senate. Then the process starts all over again in the House. If the House decides to take it up, you’re looking at a minimum of six legislative days once it gets assigned to a committee. If

Create a new section of KRS Chapter 83A requiring all mayors and legislative body members in cities of the home rule class to undergo a mandatory three-hour block of instruction concerning various duties and obligations; establish criteria for training and provide for training; establish filing requirements; establish penalty for failure to comply; require any mayor or legislative body members to receive training within one year of the effective date of this Act.