SERNAM has its own virtual Fall Conference

Since November, 1984, in a snowstorm in Guntersville Lake State Park near Fort Payne, AL, executive directors from the southeastern states have gathered annually for a Fall Conference. SERNAM — Southeast Regional Newspaper Association Managers — meet each year in a host state to talk about all things newspapers and state press associations. We included West Virginia, Virginia, Arkansas and North Carolina early on, reaching outside the then Southeastern Conference limits.

The 2020 conference, held last Friday, was as expected. We continued the fall conference but this time, virtually. It was “hosted” by the West Virginia Press Association and all things being somewhat normal, we decided to actually go there physically in 2021.

Issues, problems, services and even the size of the states in that region are common and similar. Over the years, we’ve extended SERNAM to include all states represented in the Southeastern Conference so Missouri is now included. 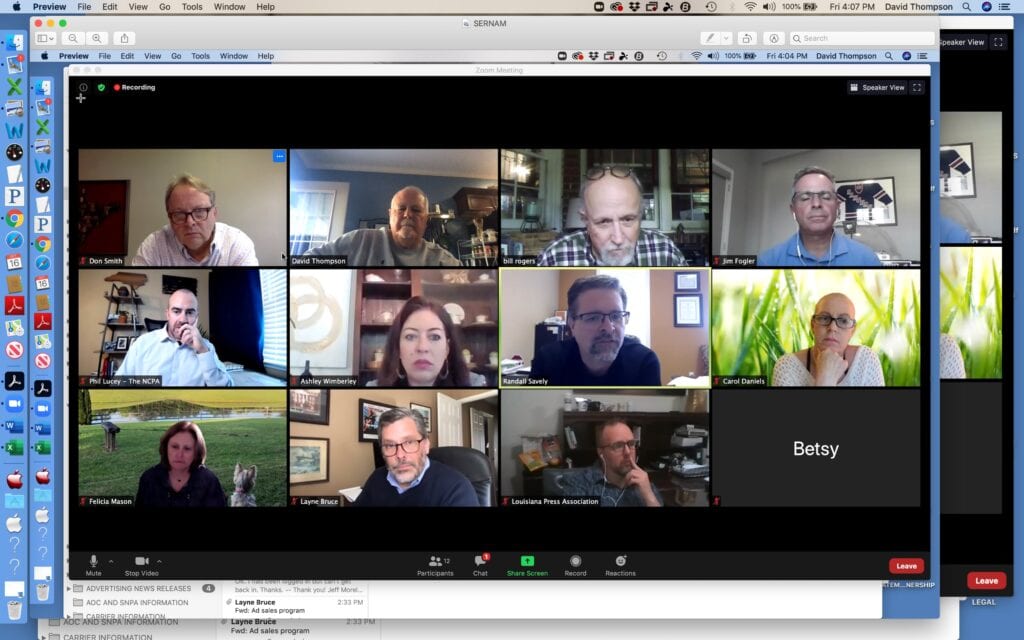