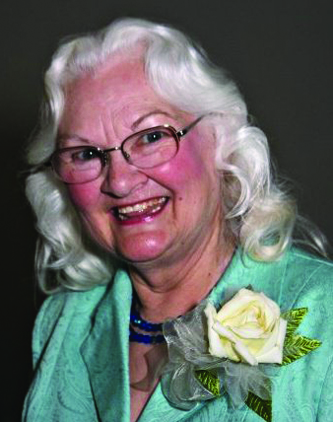 From the Lake News, Calvert City

Lifelong journalist, editor and newspaper woman Bobbie Foust has been named the Lifetime Achievement award winner by the Kentucky Lake Chamber of Commerce and she along with other award winners will be honored at the Chamber’s annual dinner on Tuesday, January 28. The dinner will be held at Lakeland Event Center which is located in Calvert City at the intersection of KY 95 and US Hwy. 62.

Foust is the former editor of the Tribune Courier in Benton. During her long career in journalism she has been editor of two other newspapers, the Marshall County Messenger, which formerly operated in Benton and the Eddyville Herald Ledger. She has also served on the Kentucky Press Association Board of Directors.

Foust continues as a reporter for the Paducah Sun and covers Calvert City Council on a regular basis. Her newspaper career spans more than five decades. Her first newspaper job was working for the Valley Sun in Calvert City in the early 1960s. The Valley Sun and the Marshall County Messenger have since ceased publication.

In addition to her work as a journalist she is also recognized as a local historian and continually looks for new understanding of local history and shares them with others.

Foust is a lifelong resident of Calvert City and Marshall County. She relishes her job and has a reputation for honesty and aggressively seeking information for her news stories.

Ticket cost for the annual Chamber dinner is $35. Persons wanting tickets should contact Kentucky Lake Chamber of Commerce at (270) 537-7665.