SHOUTOUT: Cathie Shaffer back in business with Greenup Gazette 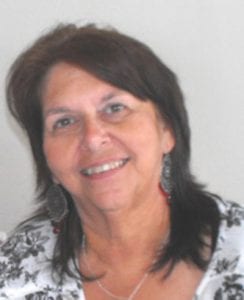 Cathie Shaffer, who has represented the northeast district on the KPA Board of Directors for a few years, found herself answering a phone call one Wednesday in May while finishing the layout of the Greenup County Times-News.

She was on the phone being told that issue would be the last of the News-Times. It was one of four newspapers shut down that week in May by Community Newspaper Holdings, Inc. Now that total is six newspapers closed by CNHI.

Cathie has now started up an online newspaper that will become a print paper this coming week. The Greenup Gazette has five online issues under its belt with the first print edition getting started with 80 subscribers.

Conveniently, she was able to rent the same office space where the News-Times was located. “Everyone knows where the newspaper office was so it’s really easy for them to find where we’re located.” It’s directly across from the Greenup County courthouse.

The Gazette is applying for a Periodicals Class Mailing Permit and plans to introduce its printed version on July 2.