ShoutOut to Tom Loftus! Retiring after 35 years with the Courier-Journal 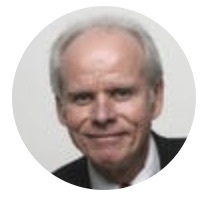 A ShoutOut to the Louisville Courier-Journal’s Tom Loftus who announced this week he’s retiring October 1 after 43 years as a “newspaperman” with 35 of those at the CJ.

On the Bluegrass Chapter of the Society of Professional Journalists’ page, he wrote, “After a couple of health scares about five years ago, Kay and I decided to target the fall of 2019 as time to retire, if the numbers added up. They do. Regrets? I’ve had a few. And one of them, I’ll mention. After working in Frankfort — off and on — for nearly 40 years I am still not dean of the State Capital Press Corps. That honor belongs to the great Jack Brammer, and I can’t wait for Jack to retire.”

Tom is a member of the Kentucky Journalism Hall of Fame and has been a fixture in reporting on Kentucky government.

Tom was inducted into the Hall of Fame in 2011. Here’s his Hall of Fame bio: Longtime Frankfort bureau chief and investigative reporter for The Courier-Journal. Prolific user of open-records laws to reveal foibles and felonies in state government, campaign finance and intersections thereof. Series on suspicious contributions in 1991 race for governor led to indictments and convictions, and overhaul of state campaign-finance laws. Developed and maintained extensive database on contributions to Kentucky politicians; co-authored series revealing extent and cost of blacktopping monopolies. Led coverage on scene of Carrollton bus crash in 1988 and worked on aftermath, helping C-J staff win Pulitzer Prize in 1989. Native of Cincinnati, journalism graduate of The Ohio State University. Reporter for The Kentucky Post, 1976-1984, ending in Frankfort; C-J Indianapolis bureau chief, 1984-86. Winner of James Madison Award from University of Kentucky’s Scripps Howard First Amendment Center, 2008.

There are numerous state officials in Frankfort who will start sleeping better after Tom retires.

Congrats, Tom, on a tremendous career!