Kevin Smith is the new publisher of The Advocate-Messenger. Smith has 25 years of experience in several different media segments. He started selling billboards for Adams Outdoor, and has been in the newspaper industry for the last 13 years. 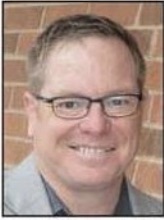 His newspaper career began in his native Michigan, where he started as a retail zone manager for the Lansing State Journal in Lansing, Michigan. He worked his way up to ad director, overseeing two daily newspapers (The Niles Daily Star and Dowagiac Daily News) as well as three weekly papers (The Cassopolis Vigilant, Edwardsburg Argus, and Off the Water). His work for these newspapers was for Boone Newspapers, the same group that owns The Advocate-Messenger.

From there, Smith worked his way up to the West Central Tribune in Willmar, Minnesota, where he oversaw advertising operations for a daily newspaper and two weekly papers. He also worked on the corporate side, building up the digital portfolio of marketing products for those newspapers. In 2017, Smith moved to Lynchburg, Virginia, where he oversaw three daily newspapers (The News & Advance, The Danville Register & Bee, and The Martinsville Bulletin.) 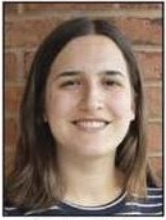 Olivia Mohr has joined the Danville Advocate-Messenger staff as a reporter. Mohr graduated from Western Kentucky University with bachelor’s degrees in journalism and English in May 2020. She previously interned at the Jessamine Journal, which is based in Jessamine County, another paper under Boone Newspapers ,Inc.

During her second semester as a freshman at Western Kentucky University, Mohr became a features reporter for the College Heights Herald, her college newspaper, and a writer for the Talisman, a student life and culture daily website and biannual magazine. Both publications have won numerous Pacemakers, the highest national honor for a student-run publication.

As a sophomore, she spent a semester as features editor of the College Heights Herald. During her junior year, she was magazine writing co-editor for the Talisman, where she became editor-in-chief her senior year.