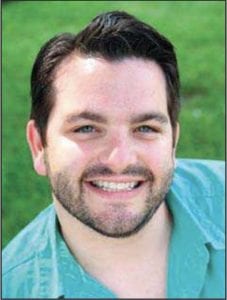 James Victery is new to The Lebanon Enterprise’s staff, but he’s not new to Marion County.
He’s performed on stage with Kentucky Classic Arts at Centre Square on more than one occasion.
And, he’s already developed relationships with key local businesses, previously having worked with them on their advertising campaigns.
So, his new role as advertising manager at the Enterprise feels like home for Victery. Albeit, a much smaller home than he’s used to after having worked for big city advertising firms. But, for Victery, it’s a nice change of pace.
“I have been fortunate in my career to work on premiere campaigns in the advertising industry and learn from some of the top advertising professionals,” Victery said. “I want to take that experience and use it to showcase the fantastic businesses in Lebanon.”
An Indianapolis native, Victery attended Western Kentucky University in Bowling Green where he majored in political campaign management.
His professional experience includes working as an account executive for McCann Worldgroup in Ft. Knox, developing marketing campaigns for the U.S. Army where he was recognized by the American Ad
While Victery has worked for large advertising and marketing firms in the past, he says he’s looking forward to working face to face with local businesses and industries.
“I enjoy the excitement and creative freedom of working with local advertisers,” he said. “Most importantly though, there’s a real purpose to working on an ad campaign for a small business. If I am able to drive one more customer into a business, I know how significant that impact is to that business owner.”
Most recently, Victery was a senior manager at Scoppechio, an advertising agency in Louisville. There he created advertising campaigns for GE Appliances. 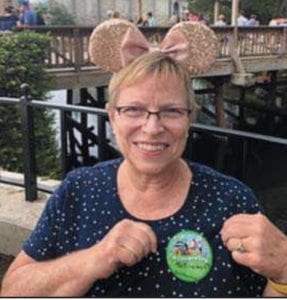 Linda Barnett, long-time executive assistant and editor of the corporation’s monthly LCNI News, has announced her semi-retirement from Landmark Community Newspapers, Inc., headquarters in Shelbyville. She’s been with Landmark for 43 years and will continue editing the company’s monthly newsletter.

She begins the transition to semi-retirement on November 4.

To celebrate, she spent Fall break with family at Disneyland and got 66 miles of exercise!