So we’re to refer to towns and cities by the county name now?

Below is a promotion from the Kentucky Department of Tourism encouraging people everywhere to consider a Bluegrass vacation. This one invites them to Oldham, KY. No, not Oldham County, KY., but Oldham, KY.

Except there is no Oldham, KY. Why wouldn’t the state tout the city itself — LaGrange — or the entire county and reference it appropriately as Visit Oldham County, KY?

Are we to assume the next ad will be for Daviess, KY., or Letcher, KY., or maybe Lewis, KY? Where it could really get confusing would be the towns with the same or similar names to counties elsewhere in the state. Jackson is not in Jackson County. Taylorsville is not in Taylor County. Butler is not in Butler County. Franklin is not in Franklin County. Campbellsville is nowhere near Campbell County. 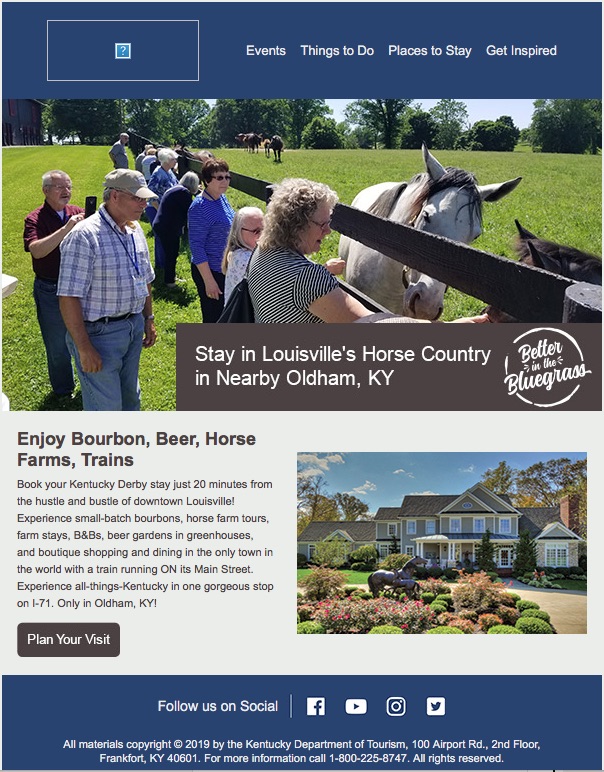