So what will future conventions look, be like? Committee to discuss survey results 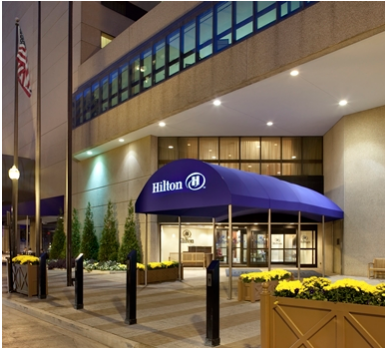 About the only certain thing on the convention discussion is that the 2020 KPA Winter Convention will remain January 24-25 at The Hilton in downtown Lexington. That’s because we’ve been under contract for 18 months to have that convention with its normal day and a half schedule.

Will it be just one day or a day and half, as has been the agenda since the late 1990s? Will the awards presentations remain a banquet or be more informal with just a reception and awards announcements, or maybe an on-stage theater seating presentation? Will we reserve overnight sleeping rooms or let everyone just take care of their own should they decide not to face the drive home? Will it be in Lexington and Louisville, alternatively, or move around to Paducah or Bowling Green or Northern Kentucky or another venue?

These are questions now facing the KPA Future Conventions Committee. The questions were posed to members and we have a significant response, far above the typical 30-33 percent response when we ask members about anything. The results are now in the hands of the committee to come up with a proposal.

The committee, chaired by Carrie Dillard of the Paducah Sun, with Sharon Burton (Adair County Community Voice), Jane Ashley Pace (Oldham Era/Henry County Local), Cathie Shaffer (Greenup County News Times) and Josh Givens (Central City Leader News), received the results from the survey and will have a conference call this afternoon (Friday) to decipher the answers. It will then form a proposal to take to the full Board at its July meeting.

During the April meeting, as a discussion on what hotel to award the 2021 Convention to, President Jay Nolan heard from some of the Board about ideas for the convention. With that, Jay appointed the committee, asked them to study the conventions, Board policies and survey members then bring a recommendation to the next Board meeting.

The only thing for certain is the 2020 KPA Winter Convention will go on as usual, January 24-25 at The Hilton in Lexington. Whatever the committee recommends and the Board approves won’t be in place until the 2021 convention, wherever that may be.

The committee has to begin with deciding when the KPA Board meeting will be and then the required KPA Business meeting. Those are mandatory to approve the year’s budget and to confirm the recommendations for officers for the ensuing year. The KPA Business Meeting is required in the KPA Bylaws to take place at the “annual meeting,” which is the convention. Those could be held the day prior, leaving Friday for meetings, the award presentations and the Changing of the Guard. The committee also has to factor in the KPA Past Presidents annual meeting to select Host Newspapers for that summer.

Misconception: Cutting the convention to one-day is not going to save money

I’ve told the committee that one perception of the members coming through on the survey is that a one-day convention will save money for members. That’s not true, in fact it could be much more costly. With the current schedule, guaranteeing 150 room nights over the two days, plus $15,000 to $20,000 in meal revenue for the hotel, we do not have to pay meeting room rental. Those levels of reservations and meal revenue allow the hotel to grant us all the meeting and banquet space we need over the two days, three if you include the Kentucky News Photographers Association confab on Friday and Saturday, at no cost.

Meeting room rentals without sleeping rooms and the level of meal income will be significant. And those costs will be passed along to members through registration fees and increased meal costs. And they probably won’t cut us any slack on meal costs either. The savings could be to those who drive in on a Friday morning (if the committee determines that’s the best day for a one-day gathering) and then drive home that evening after the News Award banquet, or informal reception, or theater presentation. In other words, not staying overnight. But as for the registration and meal costs, those won’t be a savings.

Here’s an example. We used Owensboro to sample where a convention center is located but without a hotel attached to the center. There are two nearby hotels that we would have to use. Had the Board considered Owensboro as a site, there was a $10,000 fee to use its meetings rooms and a banquet hall. And that $10,000 doesn’t include any meals or refreshments. And the overnight hotel rooms were more expensive than any hotel we’ve ever used!

It’s possible using a hotel’s space, without guaranteeing our typical number of room nights and meals/refreshments comparable to the typical $20,000, will be several thousand. So cutting a convention to one day in no way means costs will be lower. Those room rentals will be passed along to the ones attending.