Special Election underway in District 1 as Barbara Atwill resigns from the board; thanks Barbara for your commitment 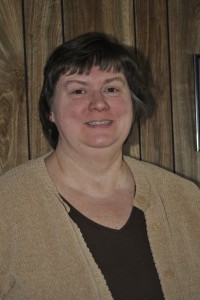 District 1 KPA Board member Barbara Atwill has resigned from the Board while remaining with The Current in Fulton County.

I express appreciation to Barbara for her commitment while she’s been on the Board. She has the longest distance to travel to Board meetings and conventions, coming from the far edge of Kentucky where the state touches the Tennessee border and the Mississippi River. In fact, at The Current’s office you can go out to the middle of the street and actually be in Tennessee.

Google Maps will show you it’s just shy of 300 miles and takes a little over four hours one way to Central Kentucky from Fulton.

Thank you, Barbara, for traveling long distances five times a year to attend a Board meeting or a convention. The Board appreciates your commitment.

We have started a Special Election to fill Barbara’s term, that runs through January 2021. A letter and nomination form were mailed Tuesday to the publisher/general manager at each full member newspaper in the district. The deadline for nominations is Friday, August 23. If more than one person is nominated, we will then mail ballots to each publisher/general to cast their vote. If only one person is nominated, that individual will be elected automatically and will complete the unexpired term.