The Bluegrass Pro Chapter of the Society of Professional Journalists will host a free public forum Feb. 23 titled, “Finding real facts in an alternative fact world.”

A panel of local, regional and national professionals will examine the role of the news media and provide a better public understanding of how it works. The group also hopes to facilitate an ongoing conversation about the importance of a free press in a democracy. The event will be 6:30-8 p.m. in Room A of Central Library, 140 E. Main Street, Lexington. 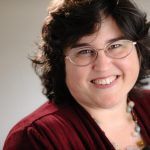 Moderating will be Ginny Whitehouse, Ph.D., a journalism professor at Eastern Kentucky University specializing in media literacy, ethics and law.

Ginny Whitehouse, Ph.D., is a professor in Eastern Kentucky University’s newly created multimedia news program, converging broadcast news and journalism. She is the co-adviser to the EKU Society of Professional Journalists chapter, which was recognized as the top in the region last year. She previously served as head of SPJ’s National Journalism Education Committee and the Media Ethics Division of AEJMC. She is Case and Commentaries editor for the Journal of Media Ethics, and teaches and researches in the media ethics field. She earned both her master’s and doctorate from the University of Missouri-Columbia School of Journalism, and served as a journalist for newspapers in Tennessee and Alabama, as well as for a religion news service in Southeast Asia. She is the proud mother of two beautiful daughters. 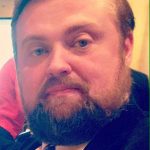 Craig, a native of Allegre, Ky., has won or shared 182 awards, 72 of them first places, through the KPA and the National Newspaper Association contests. He has had battles with the local sheriff over misconduct, battles with the county government over spending and boycotts by advertisers over stories. In 2011, his newspaper took on the Kentucky Cabinet for Health and Family services over the state’s hiding of records pertaining to a girl murdered in its care. The Standard eventually prevailed and was able to get the records and prove the state had covered its tracks. In a groundbreaking ruling the state had to pay damages for bad behavior while ignoring the state’s open records laws.

Craig lives with his wife, Jenni, in Russellville, Ky. He has four children, Owen, 12; John, 9; Summer 6; and Sparrow, 4. There are also three dogs, two cats, a bird and a lizard. 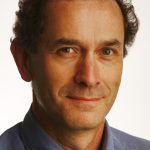 Tom Eblen is the metro/state columnist for the Lexington Herald-Leader and Kentucky.com. He writes several times a week about a variety of topics and does most of the photography for his columns.

Eblen, 58, was the Herald-Leader’s managing editor from 1998 to 2008. He returned to his hometown in 1998 after 14 years with The Atlanta Journal-Constitution, where he was a regional and national writer and a business reporter and editor. Before that, he worked for The Associated Press in Louisville, Nashville and as correspondent in charge of the Knoxville bureau.

He has won many awards for his writing, including the 2013 media award in the Kentucky Governor’s Awards in the Arts. He was inducted into the Kentucky Journalism Hall of Fame at the University of Kentucky in 2016.

Eblen, a graduate of Western Kentucky University, taught journalism ethics at the University of Kentucky for four years. He has been on the faculty of The Mountain Workshops, an annual documentary photojournalism workshop, since 1995. Eblen formerly served on the board of Associated Press Media Editors.

Eblen and his wife, Becky, have two grown daughters and two young grandchildren. 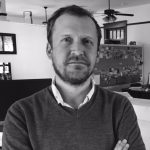 Campbell Robertson is a national correspondent for The New York Times. Since 2009, he has been based in New Orleans. Previously, he was a Baghdad correspondent reporting on the Iraq War and a member of the arts and culture reporting staff in New York. He was born and raised in Alabama. 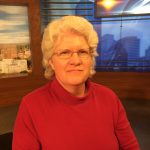 Kathy Stone was hired as executive producer at LEX 18 in 1999, before being promoted to assistant news director. Prior to that, she was a producer for six years in Nashville for several television shows including Crook & Chase, TNN Country News and Music City Tonight. She started her career her junior year at Eastern Kentucky University as a part-time news photographer at WTVQ before becoming a full-time producer and senior producer. She has been in the television business for 31 years. 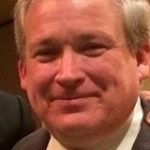 Before coming to the Institute in 2003, Waters spent more than two decades at newspapers and radio stations as an anchor, editor and reporter.

Waters’ articles have been published statewide and in national publications, including the Wall Street Journal and USA Today. He has also appeared on CNN television. Waters’ weekly column, the “Bluegrass Beacon,” appears in newspapers across the commonwealth, including The Paducah Sun, Owensboro Messenger-Inquirer, Richmond Register, Elizabethtown News-Enterprise, Danville Advocate-Messenger and Bowling Green Daily News.

Waters finished second out of hundreds of participants from across the nation in the State Policy Network’s Great Communicators Contest in 2015 in Grand Rapids, Michigan, judged by a panel that included Fox News and National Review contributor Katherine Timpf and Education Secretary Betsy DeVos.