Editor’s Note: This story takes me back about a dozen years when some 20 Moldovan journalists were in the U.S. and stopped at KPA to discuss the First Amendment — Freedom of the Press, Freedom of Speech, Freedom of Religion. I brought in five newspaper folks from around the state, from the smallest weekly to the largest daily.

During the nearly three-hour meeting, one of the younger Moldovan journalists asked: “What government official, what government agency approves the stories you all write?”

The answer was simple: “No government official, no government agency has the authority to approve any story newspapers write. That’s the First Amendment, that’s Freedom of the Press,” was our unified response.

After hearing about this situation between the Mountain Advocate, WRIL Radio and the Kentucky State Police, I thought back to that day with the journalists from Moldova, which is a former Soviet Republic. 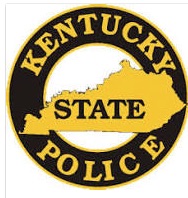 Barbourville Mountain Advocate publisher Jay Nolan, president-elect of the Kentucky Press Association, was shocked to get an email from a Kentucky State Police public affairs officer ordering the Mountain Advocate to not publish any information in the paper or online until the paper had received a press release from KSP.

The public affairs officer also told the Mountain Advocate and radio station to not post “any inaccurate information from the Sheriff’s office or anyone else.”

“…from this point forward when KSP is working an investigation, you are to wait until OUR (KSP) press release is sent out before putting anything out on social media, radio, and newspaper. No more posting inaccurate information from Sheriff’s or anyone else. I don’t care to confirm something and then get a release out later.

“Authority of my supervisors, if this continues, you will be taken off our media distribution list. Thanks Shane.”

KPA has written the KSP Commissioner Richard Sanders and Public Affairs Officer Lt. Michael Webb that the order from KSP is unconstitutional. Our letter to the State Police read in part: “This is nothing less than an unconstitutional and illegal attempt to restrict access to KSP information because a media outlet has published information that has displeases the state police.”

We ended the communication noting that the public affairs officer’s “threat is not acceptable.”

The full statement from PAO Shane Jacobs is available at The Mountain Advocate.

Here is the front and back page of the March 8 Mountain Advocate about the threat: Advocate A1 3-8-18 News NEW[1]