Steve Gaines to be State At-Large Board member 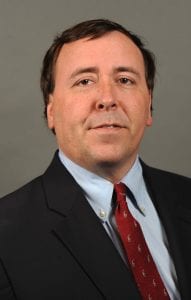 Steve Gaines, editor of the Bowling Green Daily News, and son of co-publisher Pipes Gaines, has accepted an invitation from 2019 KPA President Jay Nolan to serve a one-year term as a State At-Large Board member.

One at-large spot was available after Josh Givens won a Special Election in District 2 to replace Sheryl Ellis who had resigned from the Kentucky New Era.

Steve joins Carrie Dillard of the Paducah Sun; Jane Ashley Pace of the Oldham Era and Henry County Local; and Ted Cox, publisher of the Garrard Central Record in Lancaster as State At-Large Board members for 2019.

More From Go To The Section