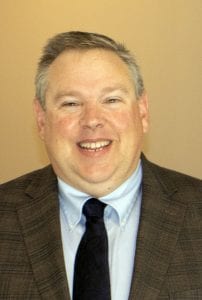 The Kentucky Retail Federation has named Steve McClain of Georgetown as the organization’s new communications and public affairs director.

“(Steve’s) experience in reporting on issues at a variety of government levels and his work with associations will prove invaluable to KRF members,” said Tod Griffin, KRF president.

McClain is a 1989 graduate of Eastern Kentucky University with a  B.A. in political science. He has worked as a sports editor, reporter, copy editor and editor at papers in Richmond, Maysville and Georgetown, as well as newspapers in North Carolina and Tennessee. He has also worked as communications coordinator and director with Bourbon County Schools, Kentucky School Boards Association and the Kentucky Association of Health Care Facilities. He will be working in a variety of roles in communications using both social and traditional media as well as assist KRF’s government affairs teams in advocating the retail industry’s importance to lawmakers in Frankfort.

“I am excited to join the Kentucky Retail Federation and be part of an organization that has a long history of representing retailers across the state,” McClain said.