Student newspapers in Kentucky are in crisis. We need them now more than ever. 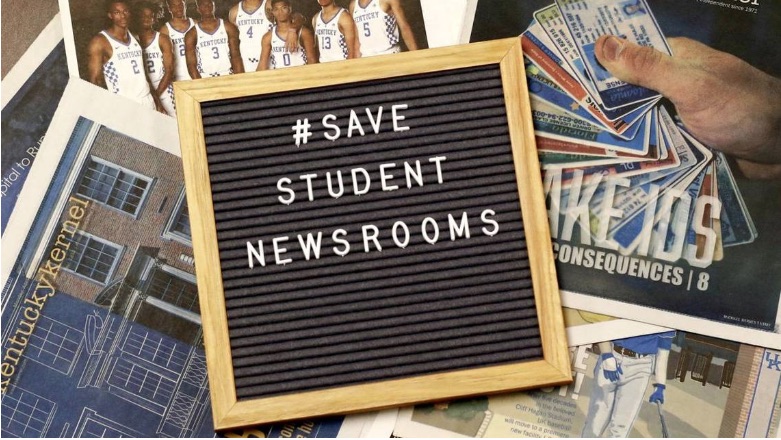 The Independent Florida Alligator, the student newspaper at the University of Florida, started the #SaveStudentNewsrooms awareness campaign to highlight threats and challenges being faced by student journalists and publications at the nation’s colleges and universities. Arden Barnes Kentucky Kernel

Reprinted with permission of the Lexington Herald-Leader

It is no secret America’s free press is under attack. 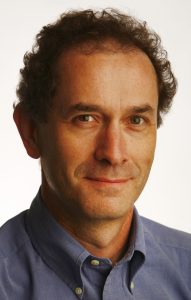 Some broadcast networks and websites sow public distrust of honest journalism as they seek to build audiences by promoting tribalism and political ideologies.

And, perhaps most threatening of all, the shift from print to digital is taking away most of the advertising revenue that has always supported independent journalism. What’s the new business model for watchdog reporting? Nobody knows yet.

As challenging as things are for this generation of independent journalists and the readers, viewers and listeners they serve, I worry more about the next generation, and the next.

Wednesday was #SaveStudentNewsrooms day, a social media effort to highlight the crisis taking place on university campuses across the nation. Student newspapers are closing or losing their independence because of financial pressures. Others are being attacked by administrators who want to avoid public scrutiny.

Kentucky for decades has had some of the nation’s best student-run publications, the essential laboratories of any good journalism school. But Kentucky also offers a good window into this national crisis.

The University of Kentucky is suing its student newspaper, the Kentucky Kernel, to challenge a state attorney general’s ruling that said the Open Records Act requires administrators to disclose information about how they handled a professor who sexually harassed students. UK even refused to show the records to the attorney general so he could decide whether they should be made public.

Despite the stonewalling of UK administrators, who claim they are just trying to protect the victims’ privacy, the Kernel has been able to tell much of the story through aggressive, accurate reporting.

President Eli Capilouto attacked the Kernel and its student editor before the Board of Trustees, prompting a rebuke from journalism faculty who demanded an apology for his inaccurate comments. That was especially sad, because UK administrators have usually been supportive of student publications.

The situation is similar at Western Kentucky University in Bowling Green. The College Heights Herald, where I served as editor 40 years ago, was sued by WKU administrators who refused to turn over redacted records of how they handled sexual harassment cases on campus. The Kentucky Press Association, the Society of Professional Journalists and alumni donations are paying the newspaper’s legal fees.

To make matters worse, WKU last year took $51,000 — or a little more than half — of the student publications contingency fund to cover budget shortfalls elsewhere on campus. This wasn’t money from taxpayers or students’ tuition or fees; it was money students earned by selling advertising for their publications.

Like all newspapers, student publications have seen advertising revenues plummet. That prompted the College Heights Herald last year to reduce its print schedule from twice to once a week and focus more attention online.

As Kentucky lawmakers keep cutting the budgets of state universities, additional pressure is put on student publications on every campus.

The University of Louisville Cardinal has been especially hard hit and its survival is in jeopardy. University budget cuts led to major cuts in university advertising in the weekly paper, but the administration has come up with funding to keep the paper afloat this year. The Cardinal’s board is now looking at long-term fund-raising strategies.

As UK has added food and retail establishments in campus buildings, several off-campus restaurants and stores have gone out of business, hurting the Kernel’s advertising revenues. The Kernel now gets some student fee money, and may have to rely on it more in the future.

The Kernel, like most student publications, also depends on the university for office space. The staff is moving soon from its longtime home to temporary quarters while the circa 1951 Enoch Grehan Journalism Building gets a much-needed renovation.

“The days of having a student-run publication that is self-sufficient are coming to an end,” said Chuck Clark, WKU’s director of student publications. “The business model is going to have to have some institutional support.”

But the danger with institutional support is that it can lead to institutional control, or at least an erosion of editorial independence.

For now, Kentucky’s student newspapers are being creative and finding the resources to tackle important stories. A good example is this week’s College Heights Herald reportexposing threats of violence made against WKU’s student government president.

Unless we want a country where powerful government officials and business executives operate as they please in secrecy, America needs strong, independent journalism. Without strong student publications to train the journalists of the future, it won’t happen — and we will all pay the price.