PENSACOLA, Florida — Newspaper readers are voters, and the National Newspaper Association’s annual readership survey of more than 1,000 people from rural and urban communities across the country once again validated that point.

The survey — conducted annually for NNA by Susquehanna Polling and Research of Harrisburg, Pennsylvania — found that 85% of community newspaper readers said they are “very likely” to vote in elections either later this year or in 2020, compared to 73% of non-readers.

Further, respondents rated community newspapers as the most trusted source of information about candidates running for public office.

On a scale of 1 to 10, respondents rated how much they trusted a source’s information when it came to learning about candidates for public office. (A score of “1” means you don’t trust them at all, while 10 means you trust them a lot.) 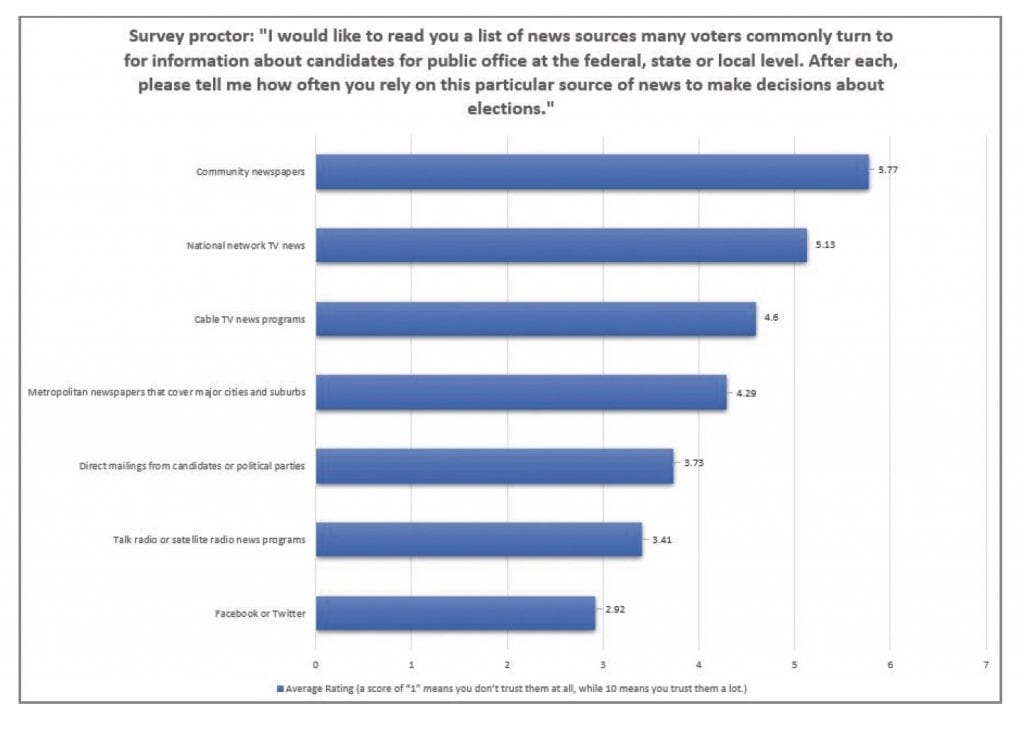