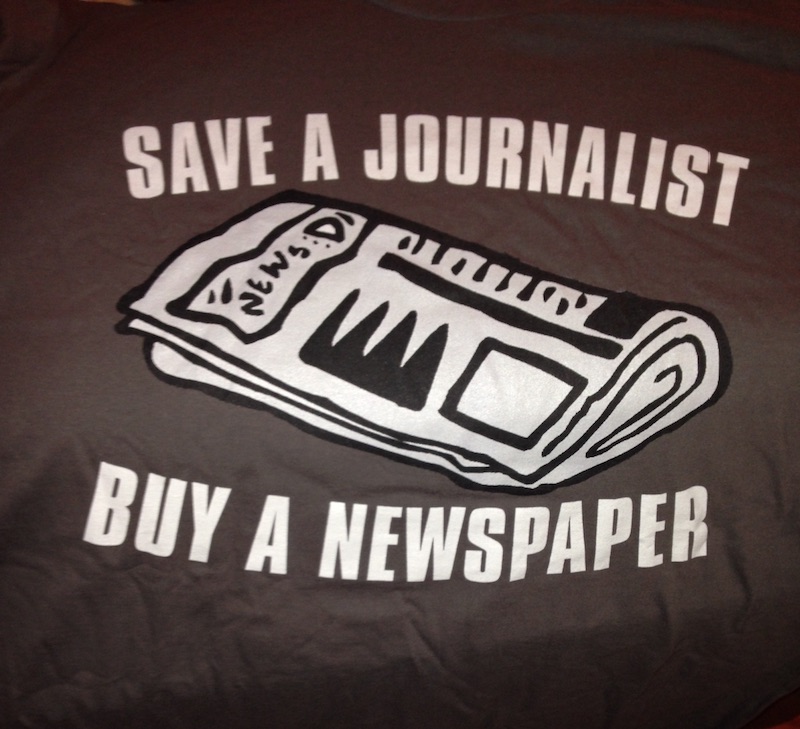 He slipped up and said my shirt had finally arrived. That was stepson Koh Kraner speaking as we planned Christmas with Teresa’s kids. I figured it was probably some kind of dress shirt or maybe a University of Kentucky t-shirt.

A couple of days later all eyes were on me as I opened that Christmas gift. The box was small so it couldn’t be a dress shirt unless I wear an Extra Small I thought. Must be a UK T-shirt.

Surprise!!! What an appropriate T-shirt that was in the box.

with a rolled up newspaper graphic in between.

Semi-formal is the attire for the 150th Anniversary Gala but I sure thought about modeling it at the banquet.