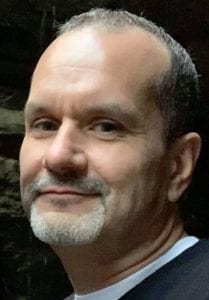 Tabor, former editor of The Crittenden Press in Marion, started his position as a reporter with the Lyon County weekly on Oct. 30. He will be covering all aspects of community news in the county and welcomes the challenge after almost seven years as editor at his hometown newspaper.

“It has been a good move both personally and professionally,” Tabor said. “It is rewarding to make new connections and has breathed life into my career.”

Tabor, 46, first began reporting at The Crittenden Press in 1999. He has also worked at the Kentucky New Era in Hopkinsville and weeklies in Tennessee and Florida. He currently lives in Marion.