The gavel passes from Craig to Baniak; Ashley Pack named Most Valuable Member

Activities Friday, January 26, at the 2018 KPA Winter Convention included the traditional passing of the gavel to the incoming President. Below, 2017 President Ryan Craig presents the gavel to 2018 KPA President Peter Baniak.

Also during the luncheon, Ashley Pack, an attorney with Dinsmore & Shohl, who has served as one of KPA’s general counsels and helped with the KPA Freedom of Information Hotline was presented the 2017 Russ Metz Most Valuable Member Award. And Sheldon Shafer, retired reporter of The Courier Journal after some 44 years, was honored with the Lewis Owens Community Service Award. That award is presented annually by the Lexington Herald-Leader as a memorial to its late publisher. The award was presented by Herald-Leader vice president and editor, Peter Baniak, at left. 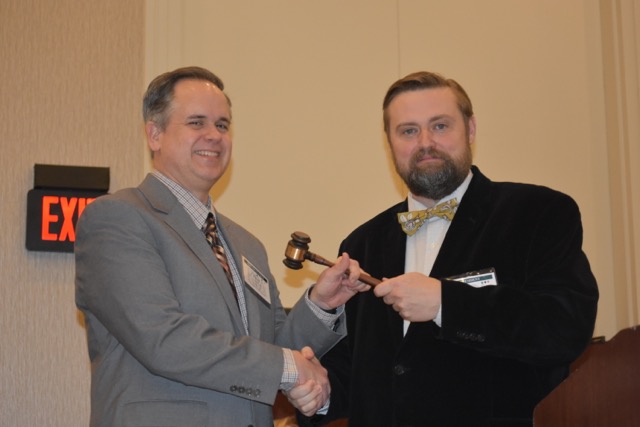 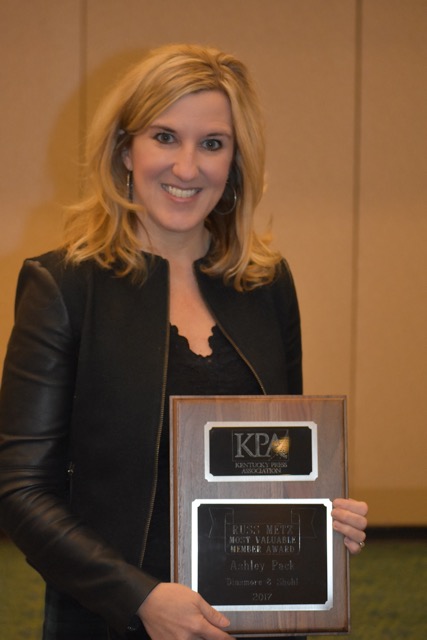 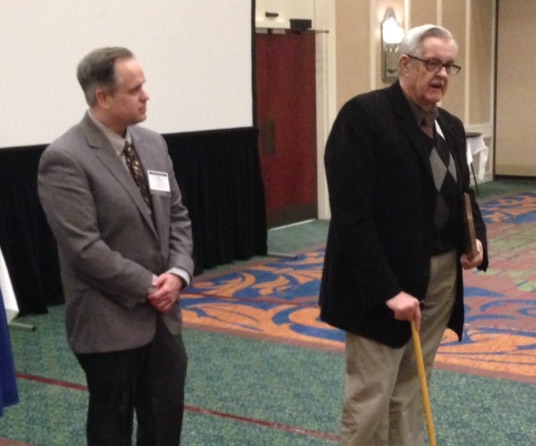