‘The Press of Democracy’ address set for Nov. 12 by UK 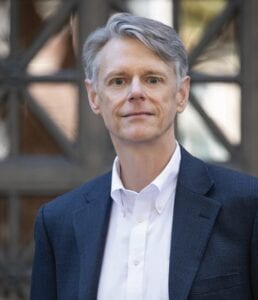 On the heels of the 2020 election of which some said democracy was on the ballot and the role of the news media was also an issue, the University of Kentucky School of Journalism’s First Amendment Address discusses the role of the press in U.S. society.

The address is scheduled for Thursday, November 12 at 5-7 p.m., and features Stephen Bates, a First Amendment and media law professor at the University of Nevada, Las Vegas, whose talk is titled “The Press of Democracy.” Bates is the author of An Aristocracy of Critics: Luce, Hutchins, Neibuhr, and the Committee That Redefined Freedom of the Press.​ The event is free to attend via Zoom at: http://ukci.me/2020firstamendment
Information about the Scripps Howard First Amendment Center at the University of Kentucky is at http://ci.uky.edu/jam/scripps-howard-first-amendment-center