The super sales person who wasn’t so super, after all 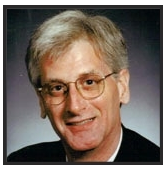 Jim was a super sales person. He was so good that he broke all kinds of records at the publishing company where he worked. He consistently brought in more new business than anyone else on the advertising staff. And his numbers always ranked at the top of the weekly and monthly sales reports.

Karen, Jim’s former manager, told me that he was the most disciplined team member they had ever had. “Jim was sell-sell-sell all the time. He came to the office every morning at seven o’clock, so he could leave voice mail messages on his prospects’ office phones. Then throughout the day, he followed a routine of prospecting and writing proposed media schedules. Everything he did was geared toward closing the deal, so he could move on to the next prospect. If he lost a sale, it didn’t slow him down at all. He just brushed it off and kept going.

“Jim generated a lot of revenue, but the picture wasn’t as rosy as it sounds,” Karen explained. “After he made a sale, he left everything else in the creative department’s hands. He was the one who had direct contact with his accounts, but he never developed any kind of strategic guidelines to follow. The creatives were on their own, because there was nothing specific to help them differentiate Advertiser A from Advertiser B. As a result, a lot of those ads didn’t work – and advertisers didn’t renew their contracts. That put Jim in a position where he had to prospect and sell even harder to make up the lost revenue. It was constant churn.”

After a year or so, Jim left for a job in another industry and Karen started insisting on three steps for her team to incorporate in the sales process.

The questions should be simple and open-ended. What kind of results did they get from previous campaigns? What worked? What didn’t work? How are they different from their competitors? How can people benefit from using their products and services? That’s the kind of information that helps a creative department produce strong ads.

(c) Copyright 2019 by John Foust. All rights reserved. John Foust has conducted training programs for thousands of newspaper advertising professionals. Many ad departments are using his training videos to save time and get quick results from in-house training. E-mail for information: john@johnfoust.com