Think across the spectrum of your community 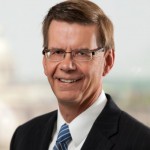 It’s standard procedure at newspapers to chronicle the year. Headlines typically include the passing of noteworthy individuals; the success, or maybe failure, of a civic project; milestones in sports achievements, election results or key community benchmarks.

Convene a brainstorming session with your newsroom – better yet, with a cross-section of employees from your entire “newspaper family” – and you’ll quickly have a list of noteworthy headlines. You may well be surprised at the scope of stories.

That prompts the question: Are you ready for 2017? All newsrooms should prepare an editorial calendar and review it regularly. Many of the things you cover are the same year in and year out. Use the opportunity to explore new approaches for coverage.

Think across the spectrum of your community. Here are three areas.

Public affairs always demands attention. There are the regular meetings of city councils, county boards and school boards plus the numerous commissions and task forces. Do you preview the important agenda items? Do you go beyond the votes and report the impact of the actions in real and understandable terms? Think beyond the meetings as you examine how to broaden your coverage. The mayor presents a state of the city speech. Government bodies spend weeks, even months, reviewing and adopting budgets. Capital improvement projects are previewed.

Also, brainstorm stories that may warrant special coverage. Has a longtime elected official announced that this will be his or her last term of service? Are single issues dominating a government body? Did the election produce new voting blocs?

Sports present a regular staple of stories: the preview, the rigors of the regular season, the playoffs. Team performance can present challenges and opportunities. How do you keep readers interested if a team suffers through a losing season, possibly not even winning a game? In contrast, what kinds of stories can be pursued if a team is headed for a championship season, maybe even going undefeated?

Also, brainstorm stories that may warrant special coverage. Is an athlete on the verge of achieving a scoring milestone? Might a coach notch a noteworthy victory? Is this the last season for a school in a sports conference due to league realignment?

Civic clubs are the fabric of communities. The number of groups and their range of contributions mean editors are routinely approached with requests for coverage. The “asks” range from the Lions Club annual brat feed fund-raiser to volunteer of the year recognition to a candidate forum sponsored by the League of Women Voters. It’s impossible to produce a story and photo for each event. Communicate with organizations early and discuss the two elements of publicity – promotion and actual coverage. An even better idea is to produce a simple set of guidelines that can be distributed to publicity chairs.

Also, brainstorm stories that may warrant special coverage. Is a club celebrating a significant anniversary? Is a local club officer rising through the ranks in the affiliated state or national organization? Is there a special fund-raiser or other project planned that has extra significance to the community?

Planning a calendar can be overwhelming. These are but three areas in your entire range of news. So take a slow approach. Explore and outline your editorial calendar for the tried and true elements of news.

Then identify one new area where you’d like to bolster coverage. Announce it in a column, and set up a process for soliciting feedback from your community. Lay out a plan of action and present it to readers.

Every newsroom is stretched for time and resources as you strive to produce stories that people like to read and stories that people should read. Any additional time you give to planning your calendar is a win-win-win scenario for your newspaper, your readers and your community.

Jim Pumarlo writes, speaks and provides training on community newsroom success strategies. He is author of “Journalism Primer: A Guide to Community News Coverage,” “Votes and Quotes: A Guide to Outstanding Election Coverage” and “Bad News and Good Judgment: A Guide to Reporting on Sensitive Issues in Small-Town Newspapers.” He can be reached at www.pumarlo.com and welcomes comments and questions at jim@pumarlo.com.