Betsy Alderman is a 1979 graduate and earned a master’s degree from the school in 1981. She headed the University of Tennessee at Chattanooga Department of Communication from 2010 until her retirement in 2016.

Andrea Billups is a 1983 graduate. She has worked for the Washington Times and “People” magazine. 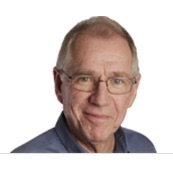 Frank Giardina is a 1976 graduate and was known as the radio “Voice of the Herd” for more than a decade.

Todd Marcum is a 1984 graduate and co-founder of Virginia award-winning advertising agency Access.

Jerry Tipton graduated from the school in 1973. He has been the Lexington (Kentucky) Herald-Leader’s beat writer for the University of Kentucky men’s basketball program since 1981.