To hyphenate or not to hyphenate: AP changes stance on the dash 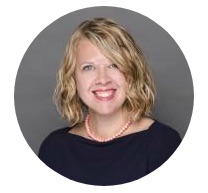 Hyphen defenders (or is it hyphen-defenders?), take heart.

The Associated Press is reversing some of its March 2019 guidance on how we use the wedding band of the punctuation world.

“Thanks to input from our users, we are reversing our decision to delete the hyphen from ‘first-quarter touchdown’ and ‘third-quarter earnings,’” AP Stylebook Editor Paula Froke told Poynter in an email. “We agree that, for instance, ‘first-half run’ should be hyphenated. So to conform, we are returning the hyphen to the ‘-quarter’ phrases.”

“To correct one misperception: The updates we announced in March did not call for fewer hyphens or no hyphens in compound modifiers,” Froke said.

But when AP tweeted the guidance in August,  as Merrill Perlman wrote for CJR, it sparked “linguistic pandemonium.”

We updated our hyphen guidance this year to say no hyphen is needed in a compound modifier if the modifier is commonly recognized as one phrase, and if the meaning is clear and unambiguous without the hyphen.
One example is first quarter touchdown.

Based on feedback, the AP made some changes and clarifications to its guidance on hyphens.

“The fact that our users are so invested is invaluable to us,” Froke said.

In addition to adding the hyphen back into -quarter phrases, here are more clarifications and changes:

AP Stylebook changes often spark outrage and celebration. Another big shift came in March when the AP announced the percent sign was OK when used with a numeral. In 2017, the stylebook accepted “singular they” as a non-gendered pronoun. In 2014, editors removed the beloved distinction between over and more than.

The hyphen itself gets some attention in Stylebook updates, too. In 2017, 3D and Walmart lost the hyphen. Email lost it way back in 2011.

In the August uproar about hyphen changes, Kyle Koster offered some perspective on the changes for The Big Lead, which covers sports.

“This is all probably small potatoes to the reader. But hyphenating words when they need to be hyphenated is a habit that will be impossible for journalists of a certain age to stop doing. And that’s a good thing because the presence or absence of them is one of the clearest indicators of the quality of writing and editing for a given piece.”

Here’s part of the updated guidance:

Hyphens are joiners. Use them to avoid ambiguity or to form a single idea from two or more words.

Use of the hyphen is far from standardized. It can be a matter of taste, judgment and style sense. Think of hyphens as an aid to readers’ comprehension. If a hyphen makes the meaning clearer, use it. If it just adds clutter and distraction to the sentence, don’t use it.

If the sheer number of hyphens in a phrase, or confusion about how to use them, can daunt either the writer or the reader, try rephrasing. It’s a guide about how to use hyphens wisely, not it’s a how-to-use-hyphens-wisely guide.

These guidelines include changes in 2019, most notably removal of the requirement to hyphenate most compound modifiers after versions of the verb to be. In addition, see individual entries in this book and in Webster’s New World College Dictionary.

AVOID AMBIGUITY: Use a hyphen whenever ambiguity would result if it were omitted. See COMPOUND MODIFIERS section for details. Also: He recovered his health. He re-covered the leaky roof. The story is a re-creation. The park is for recreation.

COMPOUND MODIFIERS: When a compound modifier — two or more words that express a single concept — precedes a noun, you must decide: Hyphenate that modifier, or not? Often there’s not one absolute answer.

Do use a hyphen if it’s needed to make the meaning clear and avoid unintended meanings: small-business owner, better-qualified candidate, little-known song, French-speaking people, free-thinking philosophy, loose-knit group, low-income workers, never-published guidance, self-driving car, bases-loaded triple, one-way street (Think of the different possible meanings or confusion if the hyphen is removed in each of those examples.)

Often, arguments for or against a hyphen could be made either way. Again, try to judge what is most clear and logical to the average reader. Also, consult Webster’s New World College Dictionary.

Kristen Hare covers local news for Poynter. She can be reached at khare@poynter.org or on Twitter, @kristenhare.