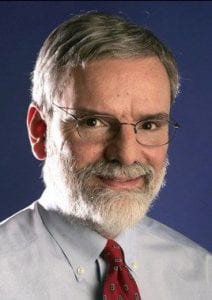 First, there was Chip Hutcheson and Brad Hughes, then Cliff Feltham and now add Tom Caudill to the list of those KPA connections who have announced their retirement this year.

Tom, who served as KPA President in 1999, announced his retirement recently, after 46 years in the business, the last 36 of them with the Lexington Herald-Leader. Tom has served as chairman of the KPA Legal Defense Fund Committee since its inception August 1, 1996, and will remain in that capacity as he enters retirement.

Tom is serving double-duty on two Kentucky student publication boards — one with The Kentucky Kernel at UK and for his alma mater on the College Heights Herald board at Western Kentucky University.

The Herald-Leader will be honoring Tom this (Friday) afternoon with a reception at 3 p.m.